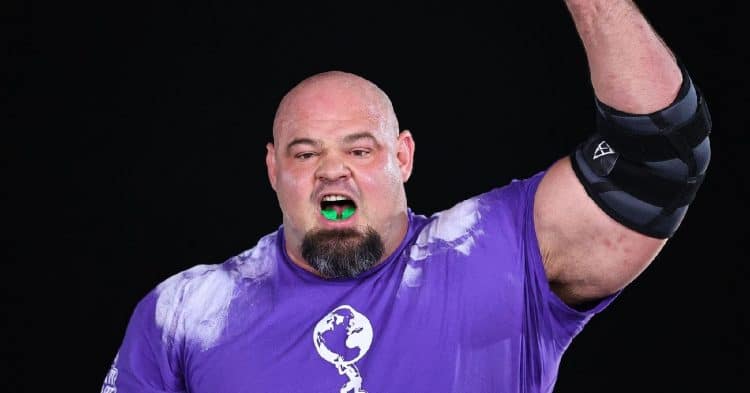 Heading into the 2020 World’s Strongest Man, Brian Shaw was considered by many to be a big favorite. Now after a rather disappointing showing, the four time WSM winner reacts to his performance, and addresses what went wrong.

Given the fact that a lot of big names were missing from the 2020 WSM, many thought that this would be the year that Shaw could win his fifth title. This was only confirmed by the fact that he was the only previous champion to be competing in the contest. However after four days of not looking like himself, he not only did not win, but did not even make it to the podium, ending the contest in fifth place.

A post shared by The World’s Strongest Man (@theworldsstrongestman)

Following such a lackluster showing, fans were interested to see what Brian Shaw had to say. A few days after the conclusion of the 2020 World’s Strongest Man, he posted to Instagram with his first public statement since the event. Here he thanks everyone for his support while taking the setback in as graceful of a way as possible, promising to learn from his mistakes and congratulating the winner, Oleksii Novikov.

I want to thank everyone for all the support during and after WSM this year. It’s honestly been overwhelming to me and I appreciate all of you more than you know!

Certainly not the outcome that I had trained so hard for but one thing I have learned to appreciate from all my years of training and competing is that win or lose you need to enjoy the process. You grow and find out so much about yourself through all the training ups and downs and then during the actual competition. Winning is what I have always trained for but in a lot of ways I have grown more from the tough losses in my career.

One thing is for sure this doesn’t define me or change my mentality. I will continue working hard in every aspect of my life to BE GREAT!

Congrats to @novikov_strong on his big win! Really happy for you man!”

Everyone knows that Brian Shaw is as classy as it comes, and this response from him was no different. It is good to see him not making any excuses, and staying positive. While it was made painfully clear that his best days were behind him, he is still always super exciting to see compete.