Life and Accomplishments of Jon Skywalker 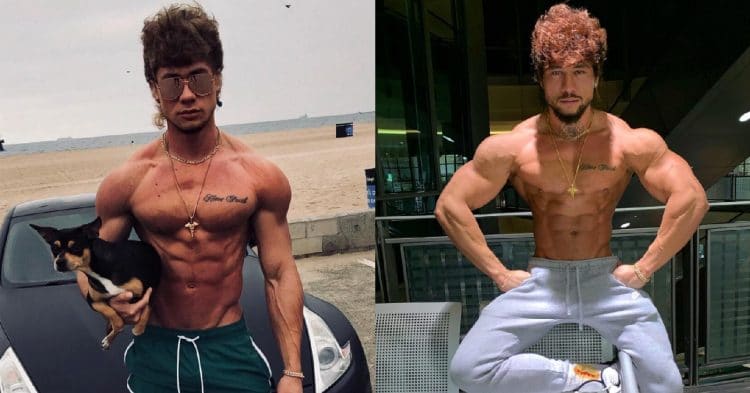 After undergoing an insane physical transformation, Jon Skywalker managed to turn himself into a massive success on social media and in real life. Here is how he got to be where he is, and how he worked to get one of the most impressive physiques ever.

Growing up, Jon Skywalker was always a very skinny kid. His physique was thin and soft, due to his extremely high metabolism. He is a self proclaimed ectomorph, a person with a long, skinny frame and dangling limbs. In fact he also had little interest in athletic endeavors, never playing sports.

As he was graduating high school, Skywalker was a mere 140lb, while standing at 6’4. Due to how thin he was, he dealt with a lot of anxiety and self esteem issues. So he made the decision to start hitting the gym, and try to pack on the muscle and give himself the ideal physique. About a year after he started training, he traveled with his parents to Uzbekistan, where he went to a local gym. The people in this facility introduced him to multiple forms of cycling, which really began to amplify his gains.

As Jon Skywalker began seeing results, he was able to figure out exactly what he needed to do to get the most aesthetically pleasing physique he possibly could. Along the way he decided to start posting his updates on Instagram, looking simply to track his progress. Yet quickly people began to be fascinated by his massive gains and unbelievable shape.

Year over year, not only did Skywalker grow his body, but grew his following as well. He now has over 700,000 followers on Instagram, where fans are attracted to his beefy physique and inspirational transformation. After all, at this point he went from being a lanky 140lb, to a jacked 220lb of pure muscle.

It was not long after his following began to grow, that Skywalker was approached by several companies, in order to represent their brands. He has been a model for a variety of magazines and companies, including the following:

Obviously the type of physique that Jon Skywalker has does not come without a ton of constant hard work in the gym. He often works out seven days a week, rarely taking days off. He regularly does high rep sets, with a ton of isolation exercises. Although he sets out ranges for his sets, he always listens to his body and is not afraid to do more or less reps according to his needs.

As far as cardio goes, Skywalker does not put too much focus on this aspect of fitness. He does not require it to lose weight due to the speed of his metabolism. While he recognizes that it is necessary for some, he generally regards it as a way to waste time and lose muscle.

To his credit, Jon Skywalker actually has things pretty easy when it comes to his diet and nutrition. It does not take a lot for him to cut down on weight, and largely he just needs to adjust his caloric intake slightly. Instead he just puts his focus into making sure that the calories he puts in his body come from clean and healthy sources.

Ironically the main difficulty that Skywalker faces comes from trying actually eat enough food. He often finds himself feeling full after only a few calories, and is forced to eat several meals. All he does is make sure to avoid any sort of processed foods or sugars, and eat high levels of protein.

That being said, Jon still has some vices too. He is rather open about his use of tobacco and marijuana. He is also not afraid to eat some unhealthy things when the cravings (or the munchies) are strong enough. Nutella is one of his favorite cheat foods.

Love him or hate him, there is no denying that Jon Skywalker has one of the craziest physiques in the world. He may be considered a gym bro, but is very much dedicated to his craft and continuing to have the most aesthetically pleasing body possible.

Skywalker has also started to pass that knowledge onto others, with training courses and coaching programs. Regardless of how you feel about him, he has managed to make the most of his physical gifts. Not to mention with how young he is, he still has a lot of potential.