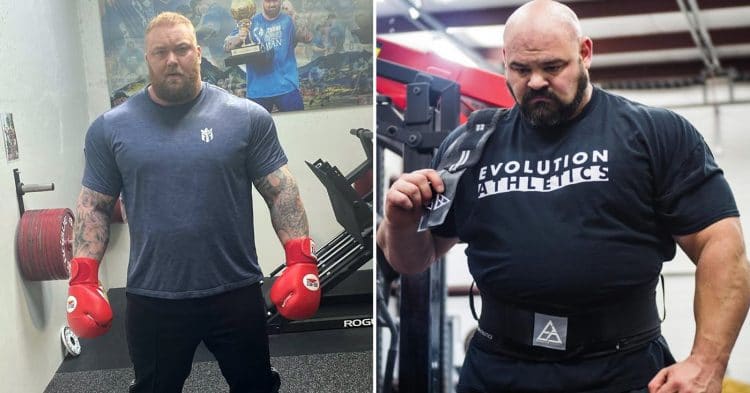 During a Q&A session with 4x World’s Strongest Man champion Brian Shaw, the big man answered lots of pressing questions and cleared up a few things as well. He received questions about his previous hamstring injury and the possibility of deadlifting 505kg before he retires (he has no plans to) plus more including the upcoming World’s Strongest Man competition and even Eddie Hall and Hafthor Bjornsson’s much-anticipated boxing match later this year.

Does the fact that Thor won’t be at WSM this year change your mindset for the contest?

Shaw explained that he saw a snippet where Bjornsson said he wasn’t going to wait around to possibly get an invite to the upcoming World’s Strongest Man. Therefore he responded “no” to a question of whether or not he’d be competing.

Related: Hafthor Bjornsson reveals that he is officially out of 2020 World’s Strongest Man

Shaw’s assessment after hearing this was…

“Just to set the fact straight on that, none of the athletes have received an invite for World’s Strongest Man (WSM) this year, nobody has. WSM has communicated as far as I know to every athlete that potentially could compete. Number one they announced the date earlier than they ever have. On top of that, I know as a WSM champion that it has been WSM policy to invite the former champions back to the competition.”

“I don’t know where Hafthor is coming up with that but I wasn’t very happy to hear that because he should know very well that he’s invited to compete at World’s Strongest Man. If he is choosing to retire or just to take a step away from the sport to go do his boxing match, then just say that.”

How will this affect Shaw’s mindset?

“As far as me, it doesn’t change my mindset at all, my mindset is I haven’t been able to walk into World’s Strongest Man at my best for a couple of years now, so 2018 with the foot deal and last year with not being able to prioritize my time coming into the contest, I just wasn’t at my best I had a lot on my plate. My focus with WSM whether Hafthor is there or not, there’s a lot of great athletes that are coming, and arguably even if he was coming, he might not even be the favorite to win this year.”

Shaw made it clear he will do his best to ensure he wins the WSM contest this year as he has explained before. He’d be the favorite with Bjornsson out but he isn’t letting the possibility that he may be there, affect how he comes into the massive competition.

“I’m going to work as hard as I possibly can to put myself in a position where I’m ready to win World’s Strongest Man this year.”

Brian Shaw is currently working toward achieving a 701lb bench press which would put him in an elite class of individuals able to accomplish this feat. So he recently bought a new showpiece bench press setup of which you can watch him do 40 reps total with 450lbs in a recent training session.

He may get there sooner than expected seeing as he got through the session without a hitch. But we’ll be sure to post new content from him as it comes out.