That's an absolutely brutal amount of weight to lift! 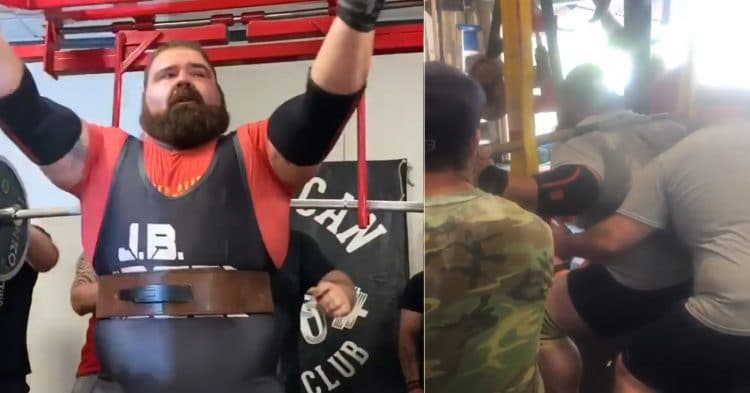 Daniel Bell (308+lbs) holds the all-time world record total of 2518lbs/1142kg which he achieved in November last year at the WRPF American Barbell Club Open in Gainesville, Florida. This is the highest Raw (+wraps) total ever, for those who didn’t know.

But his record-setting lifts didn’t stop there. Bell went on to set the all-time world record total in sleeves with 1127.5kg/2485lbs in March of this year at the 2020 RPS Sarasota Showdown.

Bell’s best numbers (squat, bench press, deadlift, and total in that order) are listed on his Instagram which are:

“Finally got to put 500kg on my back. 1105lbs in briefs today. I’m actually having a ton of fun playing around in gear. Had a 930 raw squat in there today too. Special thanks to @briancarroll81 and @1020wife for the hospitality and thrilling lifting environment.”

Bell also noted had he had a 930lb/2050kg raw squat that day in training as well which is just insane. So we’d say he’s doing just fine despite gyms being closed and it’s certainly convenient to have the equipment to train and maintain his behemoth strength.

“Finally got some quarantine fun in today with @seth.albersworth @marcoaldabebomstad and @meana.albersworth
505lbs x5 might be a PR“

The 500kg/1102lb squat in gear was simply unbelievable and interestingly, this was the same amount of weight Eddie Hall pulled in 2016 for the all-time deadlift world record (has since been surpassed by Hafthor Bjornsson). Although, we’re talking about two completely different lifts here. But we look forward to what else Daniel Bell has in store for the near future and we know it’s going to be good if he can keep up his current powerlifting regime.

Fitness Expert Explains How To Get Really Strong Training At Home