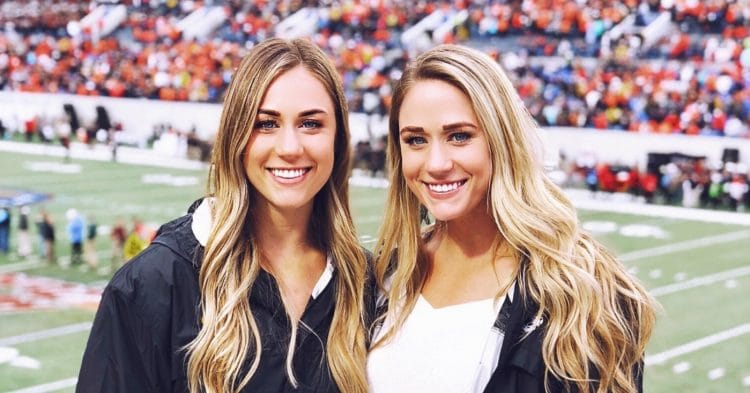 CrossFit can be just as much of a family venture as it is a solo one. This is poring to be true for Brooke Wells, as the fan favorite athlete is going to be going head-to-head with her twin sister Sydney in the upcoming Semifinals.

The Wells sisters have been participating in this year’s Games season, which has a different format from previous years. There has been a whole gauntlet of processes for qualification that the men, women, and teams have gone through.

First was the Open, which featured a virtual format with athletes divided by countries. This led to the Quarterfinals, which took place in one weekend with five tests for athletes to complete, in order to advance to the Semifinals.

While the results of the Quarterfinals are still not quite official, we have a solid idea of the athletes that will be competing in the Semifinals. Among these is Brooke Wells, who landed in fifth place in the North American region of the Quarterfinals.

However it seems like the 2021 CrossFit Games Semifinals will be a family affair, as Brooke is not the only one who will be advancing. Her twin sister Sydney also scored high enough in the North American Quarterfinals to advance to the Semifinals.

Sydney Wells landed in the 69th place position in the Quarterfinals, which was enough to have her advance. This came as a result of the following performances in the five tests involved in this portion of the Games Qualification process:

This year marked the fourth time that Sydney Wells competed in the Open, with this being her second highest score to date. It will move her on to the Semifinals, which takes place over four weeks, with the majority of the events taking place in person.

Both Brooke and Sydney will be among the many athletes looking to earn a spot in the CrossFit Games Finals, by scoring high enough in the Semifinals. There will also be a Last Chance Qualifier this year, for those who do not quite score high enough in the other events.

The Wells sisters are not the only siblings competing in this year’s Games season, as the Panchik brothers have also been doing well. In fact, they even competed against each other during one of the Open Announcements, named Sibling Rivalry.

Time will tell if Sydney Wells can earn her first CrossFit Games invitation, alongside her sister Brooke. Either way, it is quite entertaining to see these sisters face off against each other.