Mr. Olympia winner Jay Cutler gives his thoughts on Nick Walker's recent win at the 2021 Arnold Classic and predicts that he will be in the Olympia top five 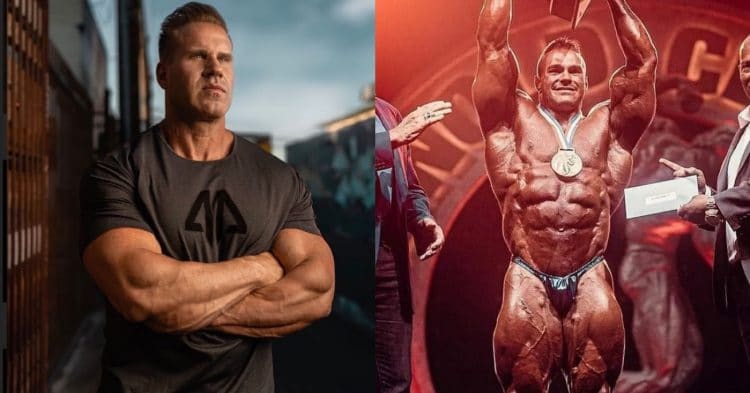 With his win at the 2021 Arnold Classic, Nick Walker has already kicked off one of the best starts to a pro career. However Jay Cutler believes that The Mutant’s 2021 could end up being even better.

Cutler is one of the most beloved figures in all of bodybuilding, winning the Mr. Olympia four times over the course of his legendary career. Even after retiring in 2013, he has been looked at as a figure of reverence within the sport, with fans still taking his opinions on things seriously.

Most recently he was seen discussing the rising hot prospect that is Nick Walker, who went from a highly touted bodybuilder, to winning back to back shows at the New York Pro, and most recently Arnold Classic. Speaking in a video on his YouTube channel, Jay explained that he was very impressed with what he saw from Nick.

“I don’t know is Walker can be a lot better, but he’s already calling out Ramy… He said winter doesn’t happen in Orlando, so he’s already ready,” Cutler said.

“What I like about his approach, he doesn’t say why he’s going to beat so and so, because they’re missing this or that. He just says ‘Hey, I’m that good,’ which I have no problem. He’s got some pretty knockout shots.”

This was not the end of the compliments from Jay Cutler. In fact, he says that he reached out to Nick Walker after the Arnold Classic prejudging to congratulate him on having such a strong showing in the first day of the show.

Before the Arnold, Nick said that he planned on winning that show and then coming in the top five at the Mr. Olympia two weeks later, to secure one of the best first years in pro bodybuilding history. This is something that Jay thinks is quite possible, given just how good he looked.

“He’s taking the steps dude. He’s won New York, the same year Arnold Classic, and he’s going to go to the Olympia and he’s probably going to be in the top five. I mean, not many guys have been able to do that,” Cutler said.

These are some bold assertions from Jay Cutler, who has a lot of faith in Nick Walker’s future, like most people. It will be interesting to see if Nick can live up to the hype at the 2021 Mr. Olympia.

The 2021 Yamamoto Pro goes down October 17th, in San Marino, Italy. This is a breakdown and preview of the...