After shedding a ton of weight, rapper Busta Rhymes reveals his motivations, diet, and training plans for his 100lb weight loss 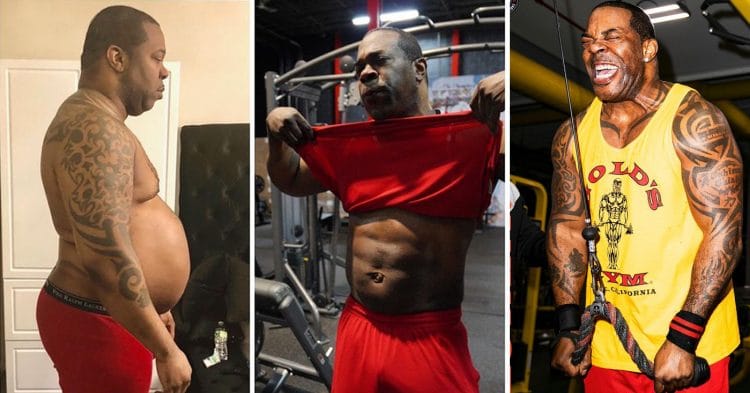 Fans have been shocked and blown away by the weight loss transformation that New York born rapper Busta Rhymes has underwent. Now he reveals his motivation to make changes, and how he made it happen.

With over 10 million records sold throughout his nearly 30 year long career, Busta is one of the best to ever do it. The rapper, who’s real name is Trevor Smith Jr., has been a larger than life figure at every appearance.

However he became significantly less large in a literal sense, after undergoing an insane weight loss transformation. Dropping 100lb, the 48 year old made news with how impressive he looked.

He Could Have Died

As is often the case with people of fame, Busta Rhymes got pretty heavily involved in partying. He admittedly was living a lifestyle that was incredibly unhealthy and damaging to himself.

He realized he needed a change in 2019, as he explained in a recent interview. It was at this point in his life where it was discovered that he had polyps in his throat that severely restricted his breathing, leading to an emergency surgery.

“That’s when I knew shit was serious,” Busta said. “The doctor told me that if I caught a cold or slept wrong that I could die.

“It felt like this was on me now, and I had to steer things in a different direction. I was too young to be on all of these blood-pressure medications and acid-reflux medications.”

As fate would have it, Busta Rhymes got an Instagram notification some time after his surgery, from none other than bodybuilding legend Dexter Jackson. It was a video of Dexter jamming out to one of Busta’s songs.

After sending Jackson a DM, they two linked up in Florida for some hardcore, dedication to a fitness plan. Here is what their plan consisted of:

Dexter and Busta trained three times a day on Monday, Wednesday, and Friday. They also did two training sessions a day on Tuesdays and Saturdays.

Busta Rhymes made a drastic change to his diet, starting by eating every two-and-a-half hours. He ate a lot of egg whites, oatmeal, and steak in between his heavy workout load.

Initially the results of this regimen led to Busta gaining about 50lb, weighing in at around 340. However this was from an increased muscle mass, which also began to kick in his metabolism.

After training with Jackson for 30 days, Rhymes kept up the plan that Dexter helped him put in place. He went back to New York and began training five a days a week with Victor Munoz at PROEdge.

This, coupled with a strict diet has left Busta Rhymes slimming down to 254lb. He says that he feels better than ever, now that he is living a more fit lifestyle.

“I ain’t just getting in shape to look good with my music,” he tells me. “We are in the eye of the storm of some real s–t happening. And I was raised to protect and provide for my family and my people.

I don’t know how to be any other way. I have to contribute in any way I can, even if that means engaging in physicality to ensure survival.

There’s no one part of survival that you leave out when you are talking about your family and the people you love and have to walk among if s–t hits the fan.”

Taking an old school mentality to fitness, Busta Rhymes has a lot of tough training sessions. Here are two supersets that he likes to use to build muscle:

Directions: Do the exercises back-to-back with no rest. Rest 30 seconds between supersets. Do 3 sets of 12 for each superset.

What do you think of the amazing transformation of Busta Rhymes?

Notable powerlifter Mark Bell has gone public to discuss some of his 'Simple Strategies' for losing weight. With the new...