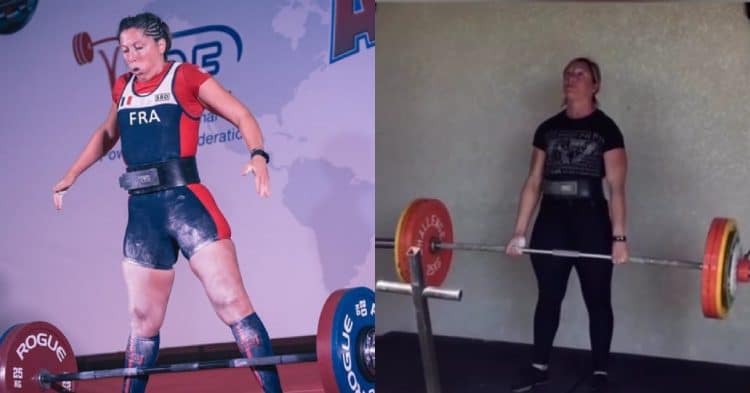 Caroline Sune is a French powerlifter, who has accomplished some pretty amazing things in the sport. Recently however, she was blowing people away in training, with an epic deadlift, pushing her personal records.

When it comes to the European powerlifting scene, few athletes have had as much experience over the last few years, as Sune has. Having only competed as a pro since 2016, she has already competed almost 20 times, most notably attending seven meets in 2018. Although she has not had the most success, she always brings a high skill level to every competition she participates in.

Despite the fact that she has not quite found her groove in the sport yet, Caroline Sune is still determined to find her place as a powerlifter. In an effort to do that, she has been really pushing herself in the training room. This was seen recently, with an Instagram post of her pushing past her doubts, to land a solid 185kg deadlift, and set a new personal record.

“🚨 Mega PR in traditional SDT 185kg 🚨
After reaching 180kg, @noemieallabert and @ kvn.batista pushed me to try more !! Even if I overshoot, thank them for encouraging me 🙏🙏”

This was certainly an impressive performance from the -57kg competitor. It is clear that this pushed Caroline to the limits, as she was shaking immensely while pulling the weight. Nevertheless, she persevered, and finished the deadlift, letting out a massive grunt when the weight came all the way up.

Sune has been working hard on her deadlifts lately, trying to improve her overall game. She’s even put a focus on doing high reps of lower weights. Here she is a few weeks prior, going ten reps on a 145kg set.

Caroline Sune is really consistent with powerlifting, always delivering solid performances. However, it is good to see that she has really started pushing herself towards reaching new goals.