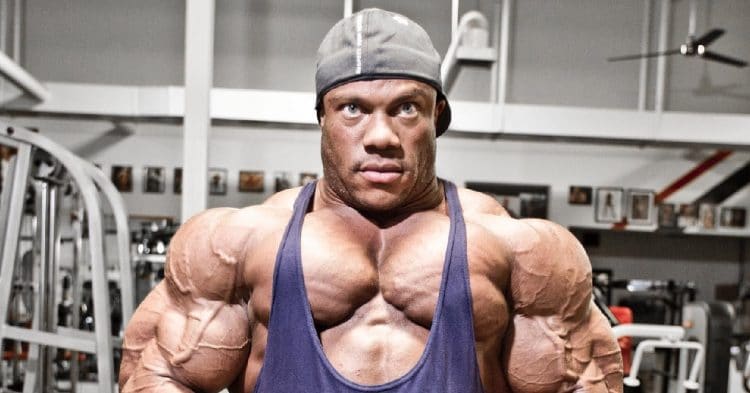 Everyone has been wondering whether or not Phil Heath will be returning to compete again at the Olympia, or at the new Athleticon event. Now he provides some updates on his thoughts, regarding these contests, and his return to bodybuilding.

It can be no overstating that Heath is one of the greatest bodybuilders to ever compete. He is the seven-time winner of the Mr. Olympia title, spanning consecutively from 2011-2017. Ultimately he would lose to Shawn Rhoden in 2018, subsequently stepping away from the sport for an indefinite hiatus.

Since then, fans have been clamoring to know one thing: will Phil Heath ever step foot on a bodybuilding stage again? There have been some rumors over the months, with Phil never closing the door on a comeback, but nothing ever concrete. These questions only became more urgent, as it was revealed that Dwayne Johnson was putting on a massive bodybuilding expo. Nevertheless, Heath remained aloof, maintaining that his focus was currently on pursuing a career in Hollywood.

This topic came up again when a rather hairy Phil was recently speaking with Patrick Bet-David. Only this time, Patrick asked him point-blank if he plans on returning to compete at either the Olympia or Athleticon. While he did not directly say no, he was clear that things are too crazy in the world right now to fully commit to bodybuilding.

“Well, we can’t even really get into the gym right now. So, I definitely feel like those are two events that spark a lot of interest. I’ve never competed at Athleticon. I do know that it would be their inagurable season.

“I think for me, it’s more like; how do I align life in itself, with business and obviously my personal life, and then the desire to want to compete again. Because I got a taste of not doing it, and there were parts of it that I liked, and parts of it that I didn’t like. So I think a better answer will come when we get through this Phase One (of reopening gyms), and be back into business.”

Phil Heath goes on to explain that he really wants to transition to Hollywood and began preparing himself for that change. However, with everything being shut down right now, it gave him the chance to reflect on his priorities. So he will let the chips fall where they may, and figure things out once this calms down. Although he does promise that he will not hold out on the fans and that he will let them know as soon as he makes a decision.

That still does not answer the question as to if Phil had planned to compete, prior to this global health crisis. He explained that the thought to return did cross his mind, but he has to manage his priorities. He said at the end of the year, he was writing out his goals for 2020 and put the question about having one more run down, as a potential goal in his notebook.

“I was like ‘If you could do it one time, would you do it one more time? Because that’s probably all you’d be offered,’ because of the other endeavors that I had. I was like ‘Well, I’d entertain it.’ I would just have to make sure the scheduling, everything would have to be in alignment, because I have functioned out of chaos many times, getting ready for the Olympia. It’s not always fun.

“If everything came together, then it’s kind of a no-brainer, because it’s less stress. Why wouldn’t you? But here we are, in 2020 getting out asses kicked.”

So it seems like time will tell whether or not Phil Heath competed again. He certainly does not seem opposed to the idea at all, provided that it lines up with his new priorities. You can watch the full video below, with the conversation about his return taking place at around 21:30.