The Godfather of Bodybuilding walked fans through a killer shoulder superset: 'I like to warm the whole delt area up and attack.' 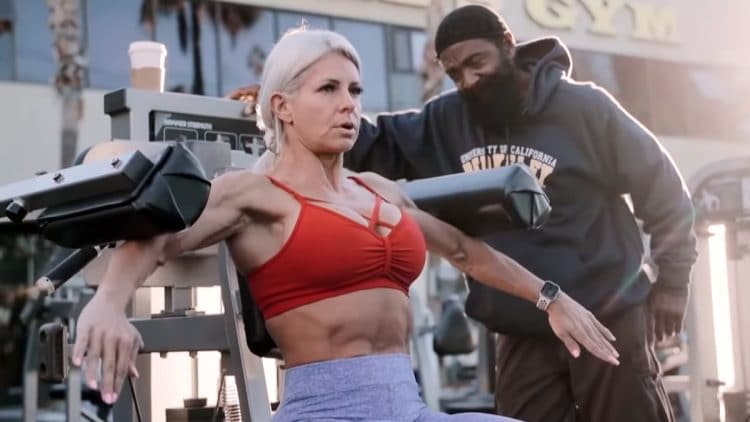 Charles Glass is widely recognized as one of the most knowledgeable coaches in the sport of bodybuilding. In a recent video featured on YouTube, Glass demonstrates an effective shoulder superset using a plate-loaded deltoid and shoulder press machine.

As a professional bodybuilding coach, Glass has seen it all inside the gym. His attention to detail is unrivaled in the sport and his unique opinions regarding workouts have only bolstered his value in the fitness world. Regardless of one’s physicality, Glass understands the need for variable workouts depending on specific body types.

Glass routinely shares the knowledge he’s collected during his time creating workouts. The ‘Godfather of Bodybuilding’ focuses on the intricate details that correspond with each movement. He has a solution for every body part, and has shown as much with a series of demonstrations, touching on how to build bigger calves, back, chest, and so on.

The renowned coach took to his YouTube channel and discussed some of the finer motions involved when operating the plate-loaded deltoid and shoulder press machine.

“Arms underneath. There, and then you’re going across the body. Front delt.” Charles Glass says.

Glass believes that turning the shoulders inward is an effective modification during the exercise.

“That shoulder should come toward me a little bit. Glass said. “You turn your body in as you move across. A little higher than that but keep pressing the arms back so they don’t go forward. There you go, now you’re on that delt. Now take a breather and do all three again.”

According to the decorated coach, machines can be utilized in a number of variations, and with this shoulder press machine, his focus was on three different movements.

“I was just trying to show how you can take one machine and do multiple things on it, that’s all. So, we did all three. Actually, we could have done four because she could have done rear delts by facing in and pushing up. [Glass laughs] I just want to put that on you. Most people look at a machine as being just what’s on here [the display]. I look beyond that, that’s why.”

Glass offers a tip to make the most of each contraction.

” Face me. Turn it in. Reach across. Kick your legs in more. Now drive the elbow underneath more.”

Glass and Natasha confirm 12 reps before they take a short breather.

The two resume the training session on the same machine with varying exercises.

Glass lowers the weight and lowers the seat on the machine. The two begin to focus their next movement on hitting the rear delts.

“See that right there. Taking one machine, and doing all the delts. All the delts!”

Glass Explains Why He Starts with Mid Delts

Glass believes that isolating the muscle and filling it with blood can help facilitate a more thorough workout. By adjusting small details in a routine, Glass can hit the front delts, medial delts, and rear delts.

“I do mid [delts] because I’m trying to warm me up a little bit. Trying to get the blood in that area. Facing forward, you’re getting a whole lot of blood in that whole delt area. Now, we want to isolate it a little bit, so we go across the body, the number front delt. You’re not hitting the mid.

Okay, so now, from that, we do something totally different. We can do rear delts for the rear only, and then for medial, we sit up, reverse our grip and just push, for medial delts. I like to warm the whole delt area up and attack.”

Natasha and Glass move on with a reverse grip modified exercise, targeting the front delts.

RELATED: Bodybuilding Coach Charles Glass Shares How to Improve Your Triceps Dips to Get Optimal Results

Glass offers helpful tips and tricks for making the most of time spent training in the gym. After sharing his delt-focused shoulder workout, Glass continues to offer incredibly rare insight on how to achieve the next level of physical fitness.