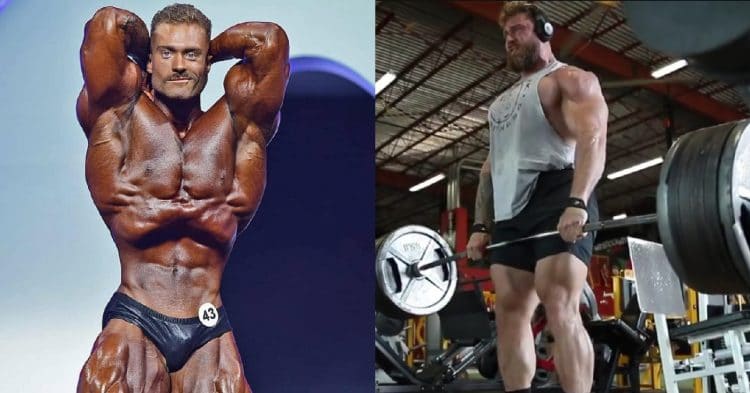 Classic Physique Mr. Olympia, Chris Bumstead is hard at work to prepare to for the 2020 event. His recent training session saw him working his back, which led to him pulling some hefty weight.

When Bumstead won the Olympia last year, it was considered by many to be one of the biggest upsets in Classic Physique history. He took out two-time winner Breon Ansley, in a closely contested performance. In the end, it has left people ultra hyped to see how things look at this year’s Olympia, when the pair come face to face again.

About four months out from the contests Chris Bumstead is hard at work in the training. Most recently he was seen hitting the weights, pulling some heavy numbers. He shared a couple of clips of him, doing 8 reps of a 450lb deadlift, as well as a 540lb double.

These clips came from a larger session Bumstead uploaded to YouTube. The video starts off with him beginning his day with a hike and a swim in a cold lake. Then he would head to the gym in order to work on his back.

“It’s back day, the number one day I need to get my s–t together for, so I’m going to need to suck it up, have a good workout, and stop being such a skinny little b–ch, because I’ve got to kick Breon’s back’s ass this year.”

Chris then got to work, beginning with some cable pulldowns. After this, he went on to the deadlifts, where he did a few sets with smaller weights and higher reps, before concluding with the hefty sets shown above. After this, he did some bent over dumbbell rows, followed by tricep pulldowns. Later on, he explained that he also did t-bar rows, but the footage got deleted.

All in all, this was a very solid back workout from Chris Bumstead. He still has plenty of time to get everything together before the 2020 Mr. Olympia comes around, but he seems single-minded in his focus on preparation. Not only that, but he seems to be aware of how much is at stake this year, and how much pressure he has on his shoulders. With the circumstances around his victory at last year’s event, many people are going to be watching closely to see if he can replicate that success this year, and retain his title.