Chris Bumstead shares a chest workout and reveals his training split just before the 2020 Mr. Olympia 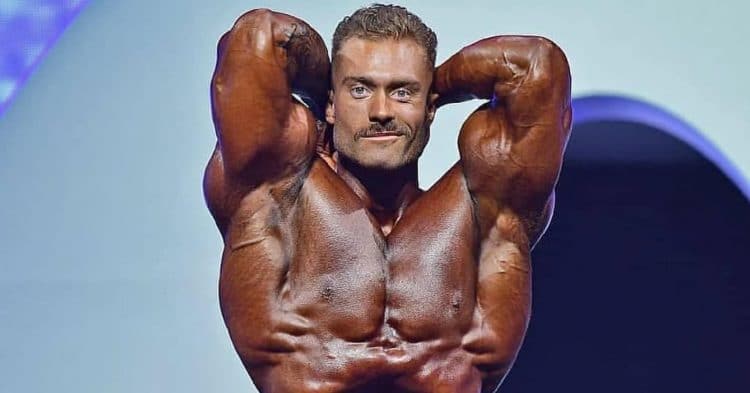 Reigning Classic Physique Olympia champ Chris Bumstead has been pulling out all the stops as he looks to retain his title at the 2020 Mr. Olympia. Ahead of the contest, he reveals his training split for the event and gives a glimpse into his chest training.

Bumstead won the 2019 Classic Physique Olympia by the skin of his teeth, so he has been focused on increasing the gap between him and the rest of the division ahead of his return this year. His prep has seemed off the wall, with each of his physique updates seeming better than the rest. He appears focused on improving himself, and proving to the likes of Breon Ansley that he is the future of the still young division.

It is clear that Chris Bumstead has been working hard, but how hard is a question that has been plaguing fans ahead of this contest. He has given some looks into his training, and this was something he continued with a recent post to his YouTube channel. This video details his chest training session, that sees him get a solid pump in with less than two weeks until the Olympia.

“We’re under two weeks out now,” Bumstead said. “We’re getting right f–king down to it. Today’s a good day because I woke up at an all-time low weight. I’m getting really close to making my weight if I’m under six feet. So it’s going to be good. I’m going to be f–king peeled for this year for sure, trying to make this weight. But it’s what I needed.”

With that, Chris Bumstead gets his chest workout underway. The champ hits a variety of exercises and looks great doing every one of them. However what got our attention was at the end of the workout, where Chris decided to break down his training split for the 2020 Mr. Olympia. It is a brand new eight day schedule, with three days on, and one day off.

This is his weekly split:

Bumstead goes on to explain that this was a workout that his coach and fellow bodybuilder Iain Vaillere cultivated to put a focus on his arms and back, knowing that this was his weak point. He mostly focuses on doing high weight, low volume exercises in order to achieve his results. It will be interesting to see if this is enough for him to retain his title next weekend.

What do you think of the training split that Chris Bumstead is using for the 2020 Mr. Olympia?