The Classic Physique Olympia champion Chris Bumstead takes us through his morning routine as he prepares for the upcoming 2020 Olympia this month. 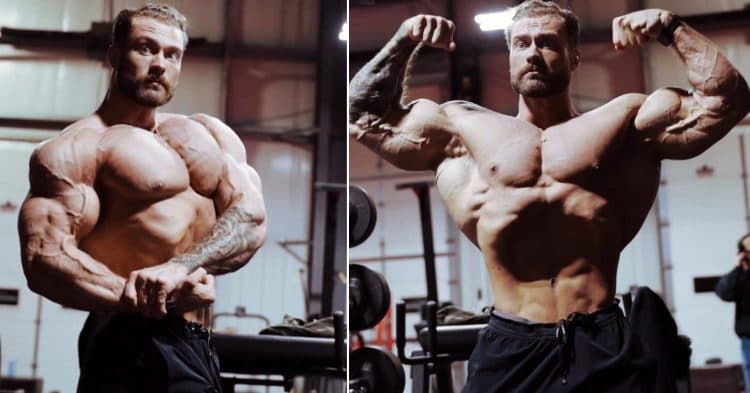 2019 was Chris Bumstead’s year having won his first Classic Physique Olympia title after losing the two prior contests to Breon Ansley. Although you can bet that the latter will be looking to dethrone the current champ at this year’s Olympia in Orlando, Florida in just a few weeks.

Not to mention, fellow Classic Physique Logan Franklin wants to take out the champ as well as they’ve engaged in their fair share of back and forth recently.

But there are lots of great physiques in that division so Bumstead will have to bring his A-game if he wants to remain champion.

Recently he shared a video on his YouTube channel where he went through his morning prep routine for the Olympia.

It’s nothing too crazy and rather basic (although maybe it is compared to the average gym-goer) but he does have to be very structured with his routine especially leading up to a show.

First thing upon waking, Bumstead has some filtered water with EAAs or BCAAs before he jumps onto the treadmill for 35 minutes which he does on training days and 45 minutes on his off days.

Bumstead explained in the video that he likes to do cardio first thing in the morning as he’s still waking up so that he’s more focused on waking up than the first 10 minutes of cardio.

During cardio, Bumstead listens to meditation music while he closes his eyes, and practices expressing gratitude while visualizing how he wants the Olympia to play out and him having the confidence that he needs to perform at a high level.

He then follows this with some stretching and then ab training which he does 5 times per week currently. He sticks with the ab roller and bench recliner crunches and lying leg lifts and no weighted exercises.

This is because he doesn’t want to make his abs bulky as it would make the vacuum pose more difficult.

This part of Bumstead’s routine is a cold bath where he sits in a chest freezer filled with cold water that he made himself, to again, relax his mind, and visualize some more.

“This is definitely one of those that your ego tries to get to you,” he explained. Every morning I’m like it’s cold, it’s snowing outside, it’s a blizzard I don’t want to do it.”

But forcing himself to do it allows him to overcome that and it’s always worth it.

Related: Chris Bumstead: ‘Breon Should Be Pissed Because He Thinks He’s A Better Bodybuilder Than Me And He Lost

For breakfast, Bumstead eats whole eggs and because he’s low on fats right now, having the yolk is incredibly satisfying for him.

This breakfast doesn’t fill him up and he’s still very hungry afterward, but that’s the price you have to pay to defend the biggest title in bodybuilding.

After breakfast, he hits the gym with his partner and brother-in-law Iain Valliere who will also compete at the Olympia but in the Open division. But because it’s just one video, he shared his shoulder and chest workout only.

Here are the exercises from the workout.

Bumstead finished off with some posing and that was a wrap. He’ll need to diet hard for the next several weeks before the Olympia and we look forward to seeing what he brings on stage.