Acclaimed bodybuilding coach Chris Cormier gives his thoughts on the 2021 Mr. Olympia and who could dethrone the champ 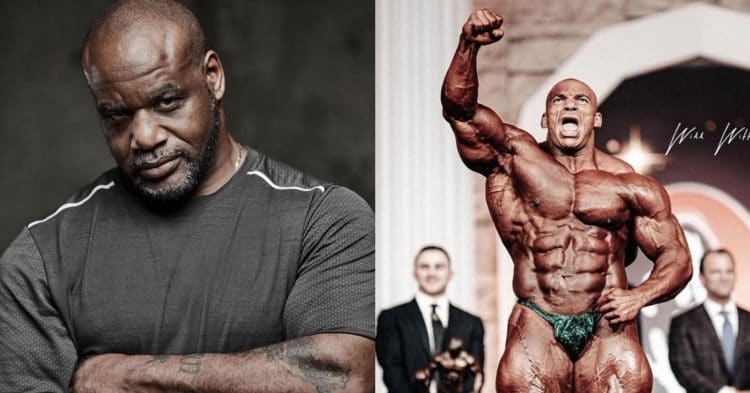 As one of the top bodybuilding coaches in the world today, Chris Cormier has been working hard ahead of the 2021 Mr. Olympia. Looking at the landscape of the Men’s Open Division, he believes he knows who will give Big Ramy his toughest test.

Cormier has long been one of the most sought after coaches in the sport. Having worked with the likes of Breon Ansley and Hunter Labrada among many more, he has proven himself to be a smart trainer with the bodybuilding knowledge from his own career to back it up.

Now, heading into the 2021 Mr. Olympia, Chris was asked in a recent interview about his thoughts on the contest, and in particular the reigning champ Big Ramy. He says that despite how impressive Ramy looked to win the title, there are actually a few men that could pose a threat to beating him this year.

“You have to go with (Brandon) Curry. You have to go with William (Bonac) because William is looking more healthier this year than last year… So you’ve gotta keep that in mind. I know that the judges like him too, if he’s at his absolute best you’ve got to give him a hard look,” Cormier said.

“(Akim Williams) is one that has enough muscle to go hand and hand with Ramy. If his can continue to add density to his look, then he is also someone that you’ve gotta take more seriously now when it comes to talking about the title.”

Another person that Chris Cormier believes has a decent chance at winning the 2021 Mr. Olympia is Roelly Winklaar. He says that he knows how hard Roelly works, and that this could leave him sneaking ahead on the scorecards.

Additionally Chris is looking at Nathan De Asha as someone else who has been showing a ton of improvement over the years. He believes that these two men have the heart and desire to win, and that makes them dangerous.

“I’ve been around these guys. These guys don’t like to lose, that’s for sure, and they have a lot of heart, Roelly and Nathan do,” Cormier said.

As for Hadi Choopan, Chris believes that the Iranian has been looking solid over the last few years. However he is not sure that Hadi can bring his best, which is something that he does not feel he has seen from Hadi in the Open Division.

“I haven’t seen the best Hadi yet, because I saw him in the 212 and I felt like that suited him better as far as hardness and density, and all that stuff. I know he gave Flex Lewis a hell of a run when they went head to head back in the day, which a lot of people arguably felt like he should’ve won the show,” Cormier said.

“So I haven’t seen that particular guy yet… If he brings that kind of density to the open class, then he can give Ramy a run also.”

Chris Cormier is one of the better minds that the sport of bodybuilding has, so it will be interesting to see how his predictions play out. One thing is for sure though, which is that Big Ramy will not go out without a fight.

Lat Pulldowns Vs. Pull-Ups: Which One Should You Do?