Hadi Choopan has touched down in the US to finish his prep with plenty of time before the 2021 Mr. Olympia 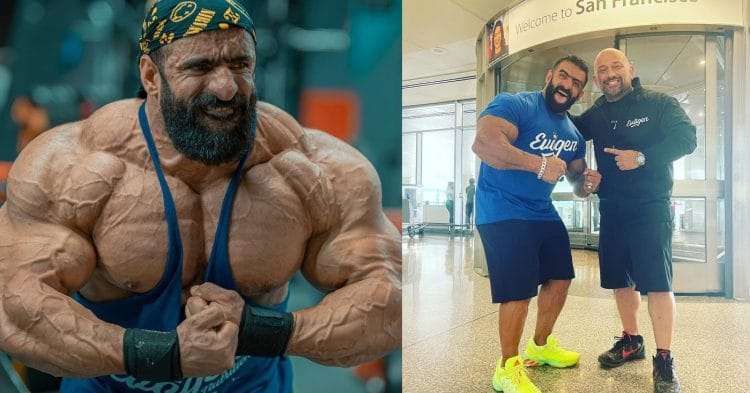 The biggest problem that Hadi Choopan has faced throughout his pro bodybuilding career, has been his ability to get in the United States, to compete at the Mr. Olympia. That will not be a problem this year though, as he has touched down in the country several weeks before this contest.

The general consensus was that if Choopan could have made it to the country earlier than he did last year, he could have done much better than his controversial fourth place score. He was not able to get in the US until the last minute, to the point that there was concern about whether he would make it at all, and most believed that this stress hindered his prep, with him not being able to fully focus during that final stretch of the process.

It seems that this will not be an issue that Hadi has to deal with this year. A post to his coach’s Instagram page revealed that six weeks out from the 2021 Mr. Olympia, Hadi has arrived in the country, and he will be finishing his prep in the US.

This is obviously a massive deal for Hadi Choopan, who seems to be in tremendous shape for someone who is six weeks out from competition. One of the biggest talking points about him throughout his entire career has been what he would look like if he was able to focus completely on his prep ahead of the Olympia, so it is exciting to think that we will finally be able to see that.

Hadi was able to qualify for this year’s Olympia based on his placing last year, so we have not seen his physique on stage since then. Therefore it is going to be interesting to see what kinds of changes he has made to his physique, and how he will be able to put it all together by the time he takes the stage in October.

That said, the few physique updates that we have seen from Choopan show a man who looks to be in tremendous shape. His coach even posted a small update on Hadi’s behalf, just a few days before the Iranian bodybuilder flew into the United States, and he is looking sharp.

Time will tell how Hadi Choopan looks when he steps on stage on Orlando next month. However this is easily his biggest chance to bring his best package ever to the stage, so fans should expect something incredible.