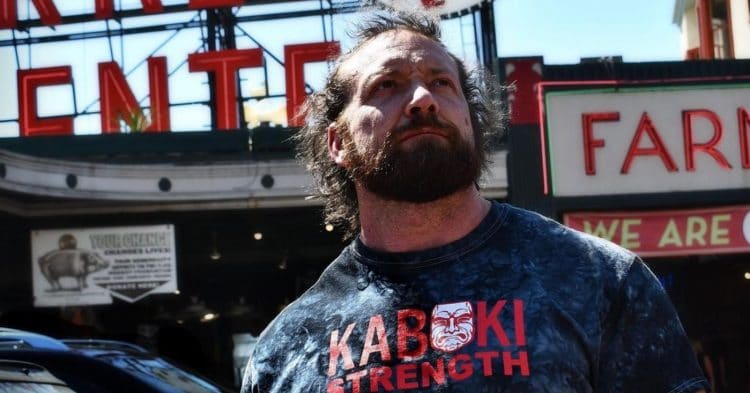 Steroids are arguably the most misunderstood and controversial aspect in all of strength sports. Recently powerlifter Chris Duffin decided to shed some light on the facts of using gear, by sharing his own experiences over ten years of usage.

Although he has not competed since 2016, Duffin has long been a legend in the world of powerlifting, holding multiple world records and championships over the course of his 14 year career. Since then, he has gone on to be the co-founder of Kabuki Strength, furthering his influence in the sport.

Speaking in a recent interview, Chris decided to open up about the steroids that he has used in his time competing. While he said that he has largely stopped now, he is finally being open about having used steroids for a decade.

“It’s an important discussion to have. It’s something I can be more transparent on. In my past I wasn’t able to, due to the career I had. So covering that stuff on a public forum when you’re highly looked at, being an executive for recruiting and other stuff. It was an area I had to pass on,” Duffin said.

“I’ve used steroids. I’ve used them since I was 33, and I basically just use TRT (testosterone replacement therapy) now, after my big squat. So for ten years I used them.”

Duffin went on to explain that the subject of performance enhancing drugs (PEDs) is a complicated one, because it is all subjective, based on what various cultures and sports decide. For example, he explained that when he went for the Guinness World Record of deadlifts for reps, he used baking soda to help, but that is not a banned substance.

He further explained that various countries have different outlooks on things, where a substance may be banned in one location, and perfectly legal in another. So he thinks this muddies the water when it comes to debating the merits of PEDs.

“No matter what you do, at some point, by someone’s standards, you are cheating,” Duffin said. “Somewhere there’s a culture or a person that will say you’re cheating no matter what. So it’s a self defined (issue). You need to define it for yourself, unless you’re competing in an organization that has testing. Then it’s a straight ethical thing, and it’s either right or wrong, in my opinion.

“That’s the overall dilemma of it. If you want to see what you’re totally capable of, you have to decide yourself what’s okay or not, to that level. There is no body that can say something, yes or no.”

Chris Duffin then pointed the finger back at the politicians and people who are outspoken against PEDs, saying that they get the same things prescribed to them by doctors and think that is okay. However if he gets testosterone from a doctor, as an athlete that makes him a cheater.

Chris then went into deeper detail on the basis of why steroids are legally frowned upon, noting how much the war on drugs in the 1980’s was a factor in this. He also broke down how from a physiological standpoint, steroids on average increase your strength 10%, compared to not using, but neurologically the effects are just as strong.

“The neurological component, I think is more interesting than most, because most steroids act through increasing muscle protein synthesis. That’s how you add more muscle,” Duffin explained.

“The neurological component is tremendously valuable for what it can do for your training workout. Like, if I handle more load over time, I’m going to make more progress. If I can actually just stimulate more neurological effects for a specific event, it’s going to have an impact.

“But there’s other ways you can tap into this too, things that you can tap into mentally with great practice, with meditation, and other stuff, that will have the same effect,” Duffin added.

This was some interesting perspective from Chris Duffin, who seems to feel like there is a benefit from using steroids, but that there are other ways to find success. While some people feel strongly about the subject, hearing from someone who has experience is always valuable.

2021 IFBB Tampa Pro: How To Watch, Preview, and Prize Money