Weist The Beast shows why he deserves to be in the same conversation with the best powerlifters in the world. 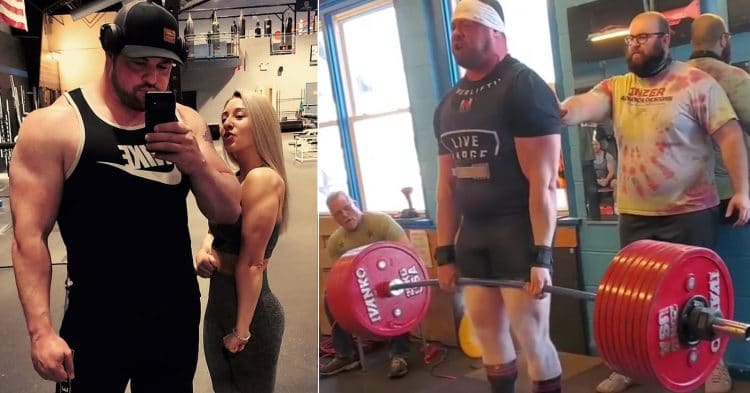 Chris Weist is a beast among beasts, but don’t take our word for it. The twenty-five-year-old who goes by “Weist The Beast” on Instagram proved it by setting an unofficial all-time deadlift world record of 427kg/942 lbs in the 140kg/308 lb division. He accomplished the feat on February 6th at the 2021 MM Northeast Power Bowl in Allentown, Pennsylvania.

Weist competed in the Pro Open Raw category against 13 others and only in the final portion of the competition but he showed up to show out, besting any lift he’s done in any contest prior!

The lift wasn’t an official world record as it did not take place at an international meet, however, the Open Powerlifting website does have it as the record under the appropriate weight division.

It was a very proud moment for Weist of which he acknowledged on social media.

So unreal of a moment in my Powerlifting journey I’ll never forget.. Truly blessed to have the capability of competing with the best in the world, never take strength for granted, some would give all to be where you stand”

He indeed competed against the best in the world which makes the pull even more impressive considering he out lifted the next best performance from the meet by a ridiculous 350 lbs/158kg.

It was also three lbs more than Konstantin Konstantinov’s 939 lbs raw deadlift in the same weight class back in 2009, which was also formerly the heaviest raw deadlift. Konstantinov, who passed away in 2018, was number one on Open Powerlifting before the Weist set an unofficial record, although the former’s record still holds.

Weist shared the image from Open Powerlifting where he topped the rankings and explained how much in disbelief he was to have been able to achieve something so significant, especially after looking up to legends such as Eric Lillibridge and Pete Rubish.

That’s insanely impressive and we hope to see Chris Weist set the official world record sometime in the near future.

How To Say Goodbye To Loose Skin After Weight Loss

Nick Walker Reveals His Secrets To Get Massive Hamstrings