Life and accomplishments of Cory Everson 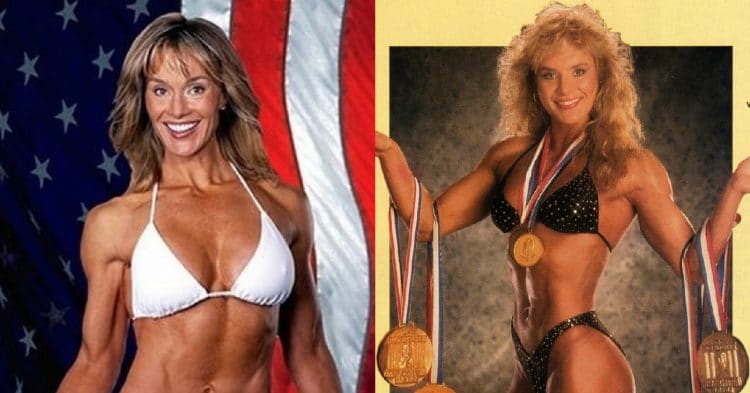 Corrina “Cory” Everson is a former IFBB women’s professional bodybuilder from the United States. She won the Ms. Olympia title six years in a row from 1984 to 1989. This is her complete profile, biography, training regimen, diet plan, and more.

Corrina “Cory” Everson was born in Racine Wisconsin in 1958.

Everson was very athletic and involved in sports at a young age and attended high school in Deerfield Illinois where she was a star athlete. After high school, she attended the University of Wisconsin–Madison and was a multi-sport champion, competing in gymnastics, track & field, and badminton. Everson also earned a degree in art and interior design.

At the university, Everson met her future husband, Jeff Everson, who was a competitive bodybuilder and strength coach. He introduced her to the sport and it wasn’t long before she began getting serious about competitive bodybuilding. Although, Everson really started training because it was something that she and Jeff could do together. Little did she know she’d become an iconic legend in women’s bodybuilding in years to come.

“I never sat down and thought to myself, I want to be Ms. Olympia someday“

Cory Everson won her first competition, Ms. Mid America, in 1980, followed by a third-place finish at the American Couples competition with Jeff Efferson the same year, although they won the same contest in 1981. For the next few years, she won some notable shows and earned her Pro Card in 1984 after winning the NPC Nationals that qualified her for the Olympia.

Her next competition was the 1984 Ms. Olympia where she’d not only win the contest in her first appearance, but she’d successfully defend her title for the next five years and retire as an undefeated champion in 1989.

“The first one was 1984 and I honest to God did not expect to get in the top ten,” Everson said about her first Olympia win.

Everson retired from bodybuilding because she said it was getting harder for her to win because the women were getting bigger and she could not keep up even though she trained incredibly hard.

In 1981, Everson worked as an interior designer in Chicago, Illinois while also preparing for competition. But she started to feel a pain in her groin area that got progressively worse, of which she was rushed to the hospital for a blood clot that almost caused her to get her leg amputated. She was in intensive care for ten weeks and critical care for four weeks and had to learn to walk again. She also lost all of her muscle during her stay at the hospital but bounced back to have an amazing career.

Everson trained at several gyms during her career including Ernie’s Gym, Steve Davis’ Gym, and Northridge Gold’s, to name a few.

Everson had an incredibly impressive physique (hence the Ms. Olympia titles) and the fact that she was a standout athlete a few years prior likely contributed to her overall development and muscle maturity. She still trains to this day although she is really only concerned about maintaining her health and keeping shape.

Here’s one of the routines she did during her peak.

Workout One (Chest, Shoulders, and Triceps)

Workout Three (Back and Biceps)

Everson was also known for having amazing legs and calves, especially.

Everson wasn’t known for having the perfect diet and she wasn’t as strict as people would think. She would allow herself to have foods that she enjoyed like bagels, sandwiches, pizza, ice cream, and really loved Snickers candy bars. But the reason she could eat those foods, was because she trained incredibly hard. She obviously ate enough proper nutrition to build muscle and maintain her physique though.

“What I missed in the diet, I made up in the workout”

Everson decided that she wanted to try her hand at acting after her retirement from bodybuilding, where she went on to land several film and TV roles. One of her most notable roles was alongside Jean-Claude Van Damme in the film Double Impact.

She was also the host and producer for Bodyshaping (exercise TV series), and she had a show on ESPN, Cory Everson’s Gotta Sweat, of which she hosted for seven years.

In 1996, Cory Everson divorced her husband of fourteen years, Jeff Everson, but still kept the last name. Then in 1998, she married Dr. Steve Donia, a cosmetic dentist, and they adopted two children from Russia. Everson also has an interest in art.

She is good friends with Bev Francis, Gary Strydom, and other legends from her competition days.

Cory Everson had one of the most illustrious careers in women’s bodybuilding history. She not only won the prestigious Ms. Olympia title six years in a row, but she won the show her first try and retired as an undefeated champion. She also had a good stint in acting after her bodybuilding career and her overall success truly speaks for itself.