Cory Everson could quite possibly be the Greatest Female Bodybuilder of all time, she won the Ms. Olympia contest six years in a row from 1984 to 1989. 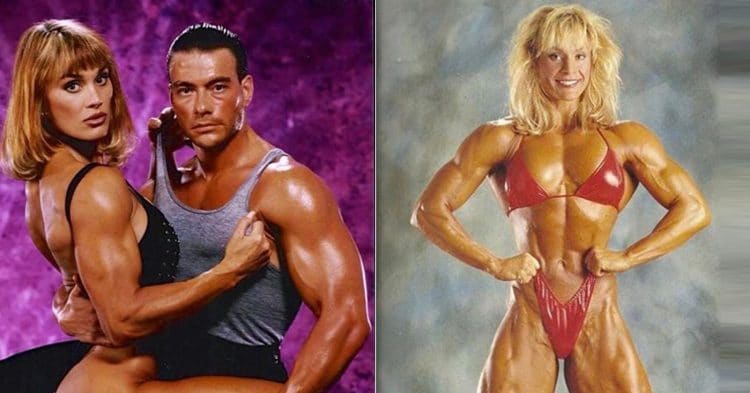 In the female side of bodybuilding, there are only a few people who have been able to separate themselves from the pack, and experience true greatness. However Corinna “Cory” Everson was able to set the bar high in the golden age of the sport, and has kept her place at the top for decades.

Born in 1958, Cory was always an athletic child, standing out with her gymnastics and track & field. However she would not discover bodybuilding until she graduated from college, attending the University of Wisconsin – Madison. It was here that she met Jeff Everson, a competitive bodybuilder and coach, who introduced her to the sport, and that she would eventually marry and divorce.

Following her graduation, Cory Everson would begin taking pursuits in bodybuilding seriously, and worked on her physique to become ready for competition. Her first event would be the 1980 Ms. Mid America, where she would win and start her run of dominance. This natural abulity would span the entirety of the 80’s, and lead her to become of the greatest female bodybuilders ever.

Cory Everson would compete for a few years before entering her first IFBB contest: the 1982 North American Championship. She would earn a victory here, which would be her biggest to date, and put a lot of attention on her. This was only the beginning though.

Everson’s career really began to pick up in 1984, when she won the NPC Nationals. She then followed this up with her debut at the Ms. Olympia, winning this event cleanly. Her impressive physique and clean lines would lead her to defending that title for five straight years.

The last time Cory Everson competed at the Ms. Olympia would also be her final professional bodybuilding contest. She took the stage at the 1989 Ms. Olympia and won, although this time it was a much closer call, with Sandy Riddell nearly taking her throne. However she made the decision to call it quits after this, saying that she did not like how close and competitive that particular event was.

Cory noticed that the sport was heading in a direction that was more focused on mass and muscle size, an area that she was struggling to keep up with. Nevertheless she managed to retire on top, never losing the Ms. Olympia title. This was unheard of at the time, and has not been replicated to this day.

Following her retirement from bodybuilding, Cory Everson transitioned to a career in the world of acting. Her first major role came in the 1991 film Double Impact, starring Jean-Claude Van Damme. From there, she would appear in a number of roles of varying significance, including parts in Natural Born Killers, and Lois and Clark: The New Adventures Of Superman, as well television adaptations of Hercules and Tarzan.

In addition to her acting career, Everson also did some magazine work. Additionally she decided to test her skills with the pen, writing several books on fitness and diet. She also had her part in instructional exercise videos, as well as documentaries about bodybuilding.

The later portions of her life have left Cory away from the spotlight, and focused on being a self proclaimed soccer mom. She adopted two children with her second husband, and she stays busy with them. For the most part, she has completely stopped heavy weight training at this point, instead doing cardio about two or three times a week.

In her prime, Cory Everson was known for her amazing symmetry, and we’ll defined lines. However the body part that she was most known for was her legs, and in particular her calves. Although she had a built in advantage with her legs from years of track, Cory still worked them once every four days, at the end of leg day.

Workout One (Chest, Shoulders, and Triceps)

Workout Three (Back and Biceps)

When it comes to her diet, Cory Everson does not stick to a strict plan. Instead she puts a ton of focus into the mentality required to successfully diet. She realizes how difficult it can be to stay disciplined, especially around the holidays and at parties. So she works to encourage others to manage their own expectations, and does the same in her own daily life.

Rather than focus on counting calories and macros, Everson tries to just eat clean year-round. She feels it important to listen to your body and adjust your diet accordingly. All in all, she treats nutrition like fuel, and puts the most efficient things that she can into her body.

What We Can Learn From Cory Everson

The bodybuilding career of Cory Everson was short but impressive. Comparisons can be made between her and Dorian Yates on the men’s side of things, due to the fact that they both never lost their Olympia titles. The level of skills that she showed made her one of the best of all time. Then she chose to get out of the sport quickly, when she realized that the sport was heading in a direction that she did not care for.

After she left the sport, Cory was one of the few female bodybuilders to find success outside of competition. Even though she has largely distanced herself from the sport in the latter stages of her life, she is still highly respected in the community, and looked upon fondly.

With the Ms. Olympia contest making a return this year, it is important to look back on the career of Cory Everson. She is a great example of how to handle a career in the sport, while leaving gracefully. She is arguably the best to do it, and an inspiration to anyone looking to follow in her footsteps.

How To Master The Bar Muscle Up