Women are often intimidated by supplementing creatine due to various misconceptions. Let’s find out what research says and combat these misconceptions so that you can take creatine with confidence. 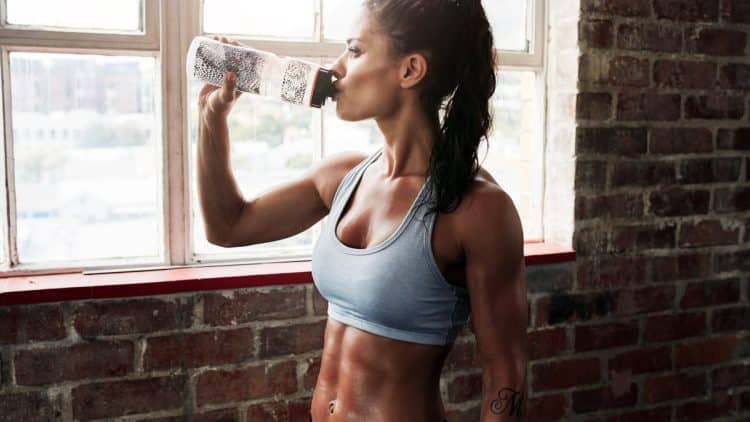 Many women question if they should take creatine. You may be wondering about the answers to these common questions. Do the benefits outweigh the risks? Will creatine make me gain weight? As a woman, do I have to take a different amount of creatine than men do? Let’s dive in and research the answer to all of these questions.

Creatine is a naturally occurring amino acid derivative that is found in the body [1, 2]. Creatine is primarily consumed in red meat and seafood [1, 2]. It can also be synthesized in the liver and kidneys from amino acids glycine and arginine [1, 2]. Research shows that the body stores approximately 95% of its creatine in skeletal muscle, and the remaining 5% is contained in the liver, kidneys, and brain (and testes in men) [2, 3]. However, those numbers have come from studies that only include men. Other research shows that women store 70–80% less creatine than men do [4].

This may be because the amount of creatine that can be stored in skeletal muscle is based on a person’s body size and muscle mass, and most women naturally have a smaller build than men do. Women also consume less dietary creatine than men do [4].

Research shows that creatine levels may also be influenced by a woman’s menstrual cycle [4]. Serum creatine levels are higher when estrogen is at its peak, specifically in the luteal phase of the menstrual cycle, and then decrease again in the next phase [4]. All of this research indicates that women may benefit from supplementing creatine as a means to increase their creatine stores, especially during their menses, pregnancy, and post-partum [4].

How Does Creatine Effect The Body?

Creatine plays a role in supplying muscles with energy during exercise [1]. ATP (adenosine triphosphate is the energy source that muscles need to contract [4, 5]. When muscles contract, they use an energy phosphate from ATP, then ATP becomes ADP (adenosine diphosphate) [4, 5]. 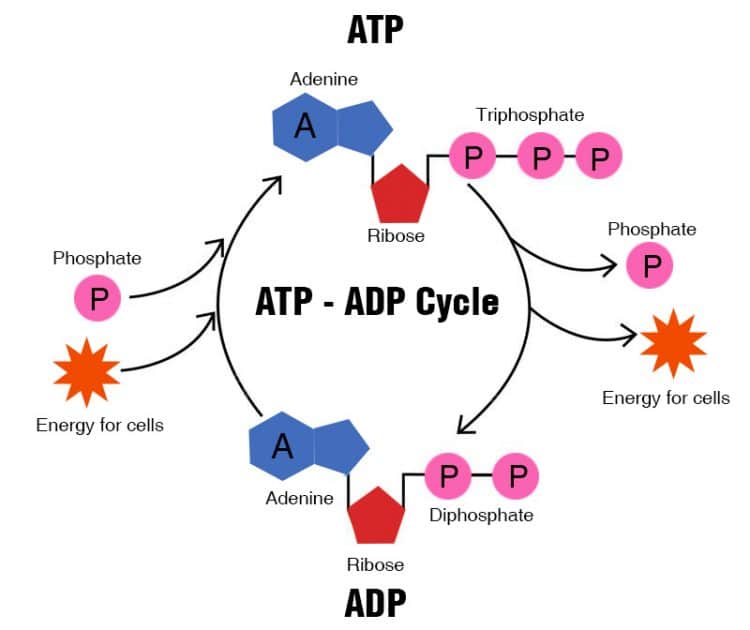 To avoid muscle fatigue, ADP can be resynthesized by the body into ATP again. During this state, the body combines creatine with a phosphoryl group to form an enzymatic reaction called creatine kinase [2, 4, 5].

Creatine supplementation before engaging in physical activity can saturate the muscle and supply them with a longer duration of energy [2].

How Does Creatine Benefit Women? 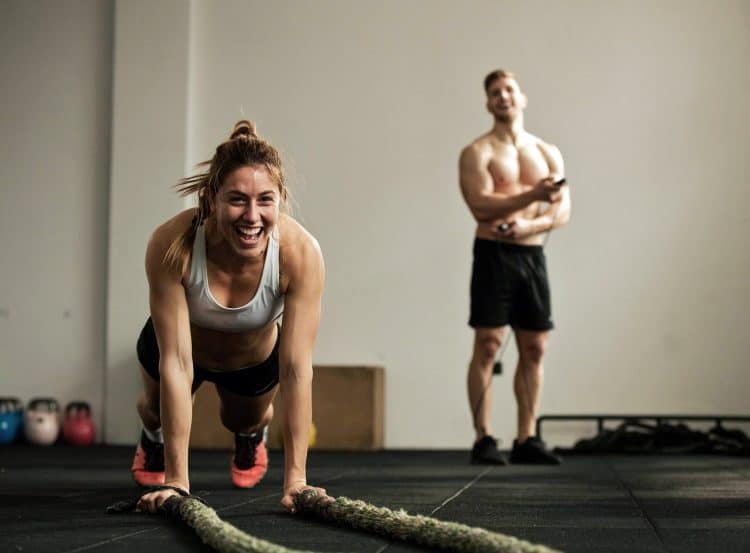 One study found that individuals who supplemented creatine and engaged in resistance training experienced increased performance, endurance, and max repetitions by 8-14% [3]. However, it is important to note that this study only involved male participants [3].

Creatine supplementation has been seen to improve muscle strength and increase muscle mass in females who engage in regular resistance training [1, 2, 4, 6, 7, 8, 11].

One study, which observed untrained females, found that ten weeks of creatine supplementation was effective in increasing lower-body strength and maintaining strength for the duration of the workout [6]. However, no change was seen in upper body strength [6]. 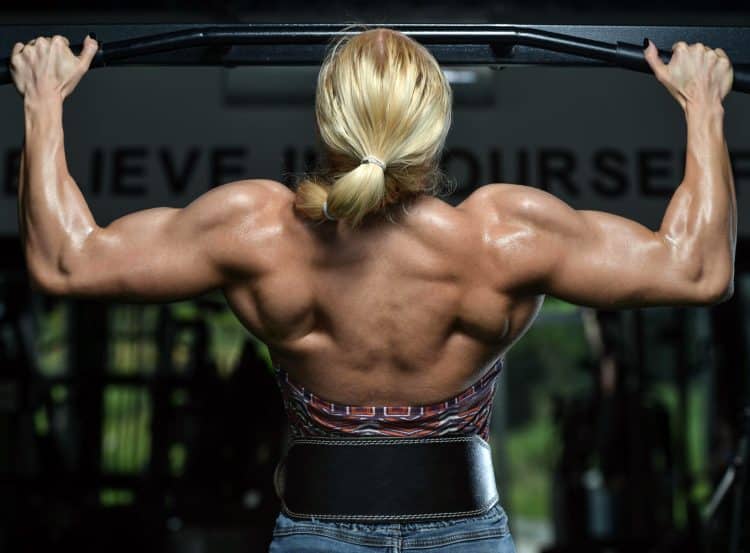 One study found that creatine supplementation in females significantly increased their muscular power [4]. But another said that they saw no improvement greater than training alone would provide [7].

It is a common misconception that creatine supplementation will cause women to gain bulky muscles. However, based on the research, it is simply not true.

Not only does creatine increase exercise performance, muscle strength, and muscle mass, but it also plays a role in exercise recovery and injury prevention.

Evidence from multiple studies suggests that creatine supplementation before exercise can reduce muscle fatigue and muscle damage during exercise, which helps protect from injury when performing exhaustive repetitions [2]. These studies were mostly conducted with male participants, but it can be safe to assume that women would experience the same effect.

Creatine supplementation may also improve female body composition. It is a common misconception that women will gain weight if they supplement creatine. However, research shows that creatine does not influence body weight or lean body mass gain [4, 6, 11, 12].

There is some evidence that creatine supplementation may improve cognitive function [2, 3, 4].

Approximately 5% of the creatine in the body is stored in the kidneys, liver, and brain. The concentration of creatine in the brain is highly dependent on age, diet, and other lifestyle factors [4]. Creatine supplementation has been seen to increase brain creatine stores by 5-15%, which resulted in improved cognitive function and reduced mental fatigue [2, 3, 4]. Studies have seen this result for both men and women. However, women specifically have been seen to have improvements in mental capacity when they are sleep deprived during pregnancy and postpartum [4].

There is also potential that creatine supplementation could reduce acute and chronic stressors, but more research is needed for this to be conclusive [9].

Creatine supplementation may also improve health status and reduce the biomarkers of disease [2, 4].

How Much Creatine Do Women Need and When?

Based on research, women can take the same dose of creatine as men [2, 4].

Some evidence suggests that taking a creatine supplement in combination with carbohydrates can increase creatine retention, so taking it during a snack or meal may be beneficial [2].

One study attempted to find out if there was a difference in benefits of creatine supplementation between taking it in the morning, afternoon, or evening [11]. While they found that exercise performance was better in the afternoon, they were unable to determine if it was due to the timing of creatine supplementation or the body’s circadian rhythms [11]. Athletes typically perform the best in the afternoon as the cardiac rhythm influences temperature, blood pressure, energy metabolism, and hormone secretion [11].

While we may not be able to define the exact time that supplementing creatine would be the most beneficial, we do know that creatine levels typically peak 60 minutes after ingestion [2].

What Type of Creatine Should Women Take?

Are There Any Risks of Taking Creatine?

Creatine has been observed to be a safe dietary supplement that poses very few risks to most individuals [1, 4, 12].

Even though creatine supplementation is generally safe, certain individuals should take it with caution [1]. Women who are pregnant or breastfeeding should be cautious as there is a lack of research on the risk of creatine supplementation in these situations [1]. Those with bipolar disorder are cautioned to avoid supplementing creatine as creatine may increase manic episodes [1]. Also, those with kidney disease or Parkinson’s disease should take creatine with caution as it could worsen symptoms [1].

What does creatine do to a woman’s body?

Creatine affects ATP energy maintenance in skeletal muscle, which is needed to have continuous muscle contractions during exercise.

Are creatine supplements safe for women?

Yes! Research shows that creatine supplementation is safe for women. Only those who are pregnant or breastfeeding should supplement creatine with caution.

Does creatine cause women to gain weight?

Creatine itself will not cause weight gain. If weight gain is experienced, it may be due to increased muscle mass from engaging in resistance training or diet.

Lindsey has her BS in Health Education and Health Promotion and is a Certified Health Education Specialist. She is passionate about disease prevention and teaching individuals healthy lifestyle changes, such as eating a balanced diet and engaging in daily exercise. She enjoys cooking, spending time outdoors, and spending time with her family.

Creatine Powder vs. Pills — Which Should You Get?

We live in challenging times where the paradox of choice has besieged us. Enter a supplement store, and you’ll see...

Does Creatine Expire? (The Ultimate Guide)

Many elite athletes swear by creatine. On the flip side, some advise avoiding being within a 200-meter radius of the...

There’s much discussion around creatine supplementation, its impact, and the duration it stays in your body. Creatine is an amino...