In a morbid chat discussing death, Iron Mike explained that the grim reaper might be knocking on his door sooner rather than later. 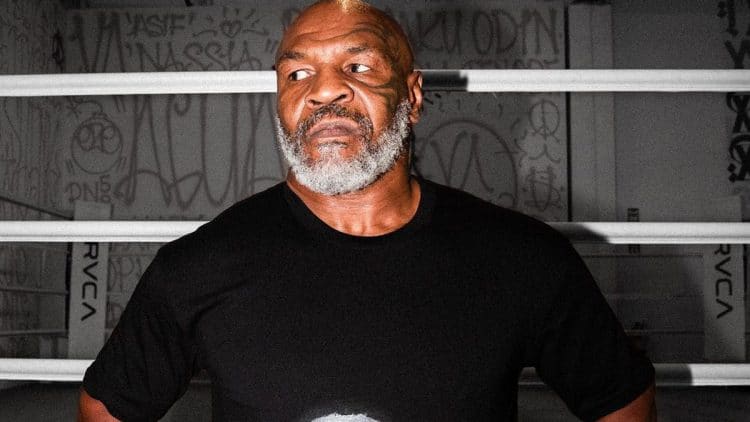 Once named the ‘Baddest Man on the Planet’, boxing legend Mike Tyson has lived an exciting life, though he believes that could be changing soon. In a recent episode of his podcast Hot Boxin’, a somber Tyson told therapist Sean McFarland that he sees the ‘end’ of his life coming ‘soon.’

Mike Tyson ruled the boxing world with ferocity and a scary demeanor. He reached the pinnacle of the sport, having reigned as the heavyweight champion from 1987 to 1990. During his storied career, Tyson was the first boxer in history to simultaneously hold the WBA, WBC and IBF titles. Despite being highly regarded for his combat skills inside the ring, the boxing star has had to use them outside the squared circle as well.

While enjoying the fruits of his labor in retirement, Tyson was involved in a physical altercation aboard an airplane back in April. The viral footage shows a frustrated Tyson using an allegedly intoxicated passenger as a heavy bag. Ultimately, Mike wasn’t charged with a crime, and eventually hysteria from the violent exchange subsided over time.

Joe Rogan leapt to the famous boxer’s defense following the incident. The popular podcast host explained that the man who got pummeled by Tyson ‘probably earned it.’ Rogan thought the drunk passenger’s actions were equal to ‘headbutting a beehive.’ While Tyson has separated himself from that fiasco, the Hall of Famer is now stirring the pot again, after revealing that his ‘expiration date’ is coming ‘soon’, according to a recent admission he made on his podcast.

During the video, the 56-year-old revealed that he saw little spots on his face while looking in the mirror, prompting the boxing legend to come to terms with the fact that he could die soon. Joined by an addiction and trauma therapist, Tyson began to mull over some of the harsher realities of life.

“Some people want to analyse their success, which is ridiculous,” Tyson explained. “We’re all going to die one day, of course. Then I look in the mirror and I see those little spots on my face and I go ‘wow, my expiration date is coming close really soon, what do you do with that, how do you think about that death thing?” Mike Tyson told therapist McFarland.

While the topic is touchy for some, Tyson believes it’s important to address these concerns now instead of being a ‘scared little boy’ when that fateful day comes. He believes most people aren’t at ease before death because they are often ‘haunted by all of their demons.’

“I don’t want to die screaming. I’ve heard the last rights of a lot of people – a lot of famous people – and they’re getting ready to die, and they leave this planet screaming. The New York Times says this, the Vanity Fair says that but they become scared little boys in the end because they’re not right with truth and they’re haunted by all of their demons. I just want to die consciously, after a good swim hopefully.”

After mentioning that he’d like to die ‘consciously’ following a good swim, the Brooklyn-based boxer underlined that money doesn’t buy happiness. He added that when you have a lot of money, you can’t expect ‘anyone’ to love you.

“Money don’t mean s–t to me,” Tyson said. “I always tell people — they think money’s gonna make them happy, they’ve never had money before — when you have a lot of money, you can’t expect nobody to love you. How am I gonna confess my love to you when you have $500 billion?”

Tyson clarified that money is a false sense of security despite many people feeling invincible when they become wealthy.

“What is security?” he asked. “I don’t know. When you put money in your bank and you get a check every week and you can live for the rest of your life, is that security? That means you won’t catch a disease, you can’t get hit by a car? You can’t jump off a bridge. I don’t know. Is that security? Can money secure you from that?”

Iron Mike decided to call it a career in 2005 and officially retired. However, the power-punching bruiser got back in shape and made a return to the sweet science in 2020. He fought in an exhibition boxing match against fellow legend, Roy Jones Jr., which resulted in a draw. Following the conclusion of their fight, Mike told Jones they ‘gotta do this again.’

Watch the full episode of Hot Boxin’ below:

While it remains unclear if the decorated pro boxer will ever strap on the gloves again, Tyson stressed that money won’t prevent someone from getting hit by a car or jumping off a bridge. Given the introspective conversation he had with McFarland, Mike Tyson is less concerned with the sport of boxing compared to the fragility of life.