The 2023 CrossFit Semifinals will span over three weeks and seven separate competitions. 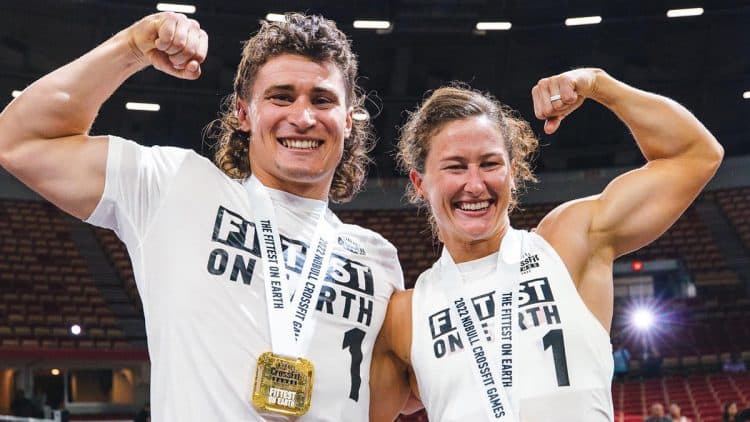 CrossFit is leaving nothing to speculation in regard to the upcoming 2023 Season, which displays immense professionalism from the administration. In addition to athletes, fans are also benefiting greatly from this, as all preparations can be carried out in a precise and effective manner. Most recently, CrossFit revealed all the details surrounding the 2023 CrossFit Semifinals. These include dates, locations, and qualifying spots.

The 2023 CrossFit Semifinals will take place from May 14th, until June 4th 2023, in seven separate locations. Each Semifinal has a set number of qualifying spots for the 2023 CrossFit Games for both Individuals and Teams. The brand new feature in the upcoming season is that the athletes will compete in Semifinals Regions based on their registered country of citizenship. The athletes who qualify will then compete at the 2023 CrossFit Games, which will take place between July 31st until August 6th, 2023, in Madison, WI.

Related: CrossFit Releases The Competition Rulebook For The 2023 CrossFit Games & All Qualifying Stages

While each Semifinal has a number of qualifying spots for the 2023 CrossFit Games, the exact number will be decided by the Worldwide Ranking System after taking into consideration the points earned throughout the entire season. This system is put in place to replace the Last Chance Qualifier, which was a regular event in the past years.

The first to start out of the seven Semifinals will be the North America East, as it is set to take place between May 18th and 21st, 2023. The venue for this Semifinal will be Orange County Convention Center, stationed in Orlando, Fla. The field will consist of 60 Individuals and 40 Teams, while a minimum of five (5) Individuals and ten (10) Teams will qualify for the 2023 CrossFit Games.

The second Semifinal of the 2023 CrossFit Season, Rebel Renegade Games, will get underway on May 19th and wrap up on May 21st. The action will take place at the University of Witwatersrand, Johannesburg, South Africa, which will see 30 Individuals and 20 Teams go against each other. A minimum of one (1) Individual and one (1) Team will qualify for the Games.

The western part of North America will start their competition on May 25th and finish three days later on May 28th, 2023. The venue will be the Pasadena Convention Center, which is in Pasadena, California. Identical to their North America East counterparts, the West region will consist of 60 Individuals and 40 Teams, where a minimum of five (5) Individuals and ten (10) Teams will qualify for the 2023 CrossFit Games.

An already established Semifinal for the Oceania region, Torian Pro, is coming back for another season. It will be taking place at the same time as the North America West Semifinal, that is between May 25-28, 2023. The 30 Individuals and 20 Teams will make their way to the Pat Rafter Arena Brisbane, stationed in Queensland, Australia. From there, a minimum of three (3) Individuals and three (3) Teams will secure their place at the 2023 CrossFit Games.

Another well known Semifinal will be a part of the 2023 CrossFit Season, as Copa Sur will reveal who the fittest athletes in the South America region are. This contest will take place on May 26-28, at the Arena Carioca 1, in Rio de Janeiro, Brazil. Just 30 Individuals and 20 Teams will get to take part, while a minimum of two (2) Individuals and two (2) Teams will go through to the finals.

The Europe Semifinal will open up the final week of the 2023 CrossFit Semifinals with 60 Individuals and 40 Teams gathering at the Max-Schmeling-Halle venue in Berlin, Germany. The date for this contest will be June 1-4, 2023, upon which the names of the five (5) Individual and ten (10) Team finalists will be announced.

Last, but not least, the Far East Throwdown Semifinal is set to start on June 2nd and finish on June 4th. It will gather the best athletes from the Asian region, so the venue will be Bexco, in Busan, Republic of Korea. 30 Individuals and 20 Teams will have the privilege to compete, but only a minimum of two (2) Individuals and two (2) Teams will go through to the 2023 CrossFit Games.

The 2023 CrossFit Season is scheduled to start on February 16th, 2023, with the CrossFit Open being first on the repertoire. So, seeing that it is less than two months from now, the hype is already starting to build up.