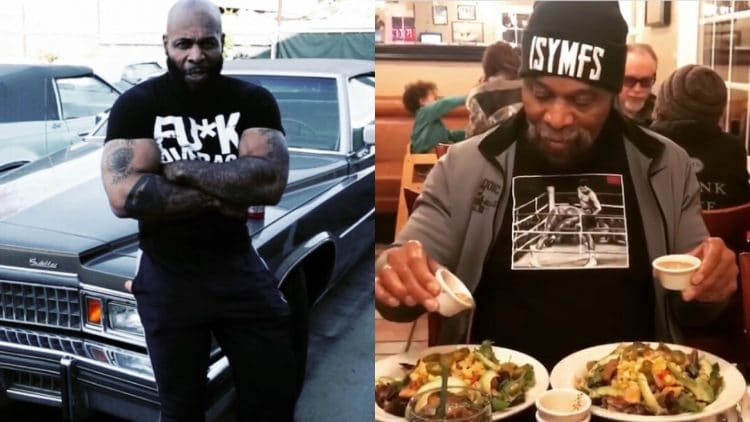 Plant-based diets have been increasing in popularity recently. The most recent addition to this is CT Fletcher, who makes a return to this style of dieting.

Fletcher is one of the most iconic figures in powerlifting, and strength sports, generally. He has become a massive influence through his years as a vlogger on YouTube. Nevertheless, he is still accomplished in competition as well, being a three-time winner of both the World Bench Press, and Strict Curl Championships.

At one point, Fletcher was experimenting with the idea of veganism. Ultimately this would not last, and he would go back to his omnivorous diet. Despite that, he was still interested in, and respected the vegan diet. Therefore, it comes as no surprise that he has decided to give a plant-based diet another try.

CT Fletcher made this announcement through a post to his Instagram. In this video, he explains that he is going to give this plant-based diet another try. He had dealt with needing a heart transplant, and since then he feels better on the diet.

“So, the first big announcement of 2020: CT Fletcher, the King Carnivore, the meat eater, the famous double cheeseburger man, is now plant-based. One hundred percent plant-based. I’ve been doing it for a few months now. I’m not doing it because I watched the video, I’m doing it because it makes me feel better.”

However, do not get it twisted. Just because Fletcher is going plant-based, does not mean he has lost his appetite. He also shared another video he took at a restaurant, where he decided to eat two massive salads.

It is interesting to see CT Fletcher jump on the bandwagon with this change to a plant-based diet. On the other hand, the fact that he specifically says he is not influenced by the Game Changers documentary makes this different than the rest. Either way, it is good to see him find a diet that works for him.