Christmas comes early for the CrossFit community, as the 2021 CrossFit season schedule is released, with a traditional oblique clue from CrossFit god David Castro. 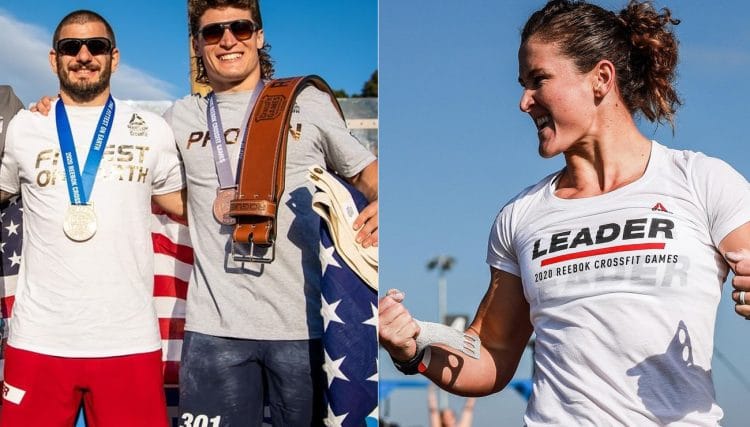 Dave Castro is posting mysterious clues on Instagram again, and that can only mean one thing. A CrossFit Games announcement. That’s what happened, and now the CrossFit community can be giddy today about the official release of the 2021 CrossFit Games schedule. It’s the most wonderful time of the year for CrossFit addicts.

Last night, Dave Castro General Manager of Sport for CrossFit, posted a signature Castro clue on Instagram. It was only the number three. The fans went wild.

Many of them began to guess what he meant, as is standard procedure in the CrossFit world. Castro drops a clue, the fans respond. And they did.

Some responded to the “3” with their favorite top three names on last year’s leaderboard. Others thought it might mean the three different sections of the season: Open, Regional, Games.

But it also might mean the third month of the year. That Instagram post was followed up with a press release from CrossFit from the CrossFit team today. The announcement was that the CrossFit Games Open Dates this year will begin the week of March 8.

This year’s Open will last for three weeks, with workouts announced the Thursdays prior:

The Opens will be held the Mondays that follow:

Participants submit their scores on these dates and must submit those by 5 p.m. PST weekly.

“Every part of this season has been designed to ensure as many people as possible can take part in and experience the excitement, challenge, and joy of the Open,” said Eric Roza, CEO of @CrossFit. https://t.co/6vy07BA9DY

Why the 2021 CrossFit Games are Changing

Along with that announcement came wind of some changes to this year’s CrossFit Games. These will be changes that make the game more accessible to the world, says David Castro in today’s press release.

Registration begins on January 7, where CrossFit athletes register to participate. This is followed by the CrossFit Open which will occur over three weeks.

The CrossFit Games presser noted the CrossFit Open as the “largest participatory sporting event” in the world. It included over 415,000 athletes from 172 nations in 2018 alone. The presser also called this year’s Games “the most accessible in CrossFit history.”

Flexible options for athletes to compete at home or in their gym online are now available if the global pandemic or health concerns prevent them from participating in the 2021 CrossFit Games. Castro noted,

“The last year has been tough for everyone, so we want to kick off the 2021 season with a compelling and accessible Open that can meet the needs of every athlete in the world. Whether you’re surrounded by people in your local gym, working out alone at home, or listening to friends cheer over Zoom, the Open will energize you and remind you why you are part of CrossFit.”

Other changes announced to include a global quarterfinal including 10 percent of Open athletes. These athletes will compete online from their home base.

There will be ten in-person semi-finals events, that will be hosted by CrossFit nations across six continents. At least one athlete from each continent can qualify. Covid-19 protocols will be included at every stage of the Games.

A new qualifier called the “last chance” qualifier has also been added for any athlete that missed the semi-finals cut with a narrow margin.

The season will wrap in July, with CrossFit Games Finals starting July 26 in Madison, Wisconsin.

With registration just three weeks away, the Games are on. The CrossFit Games are also offering gift codes for the Open registration for the first time.