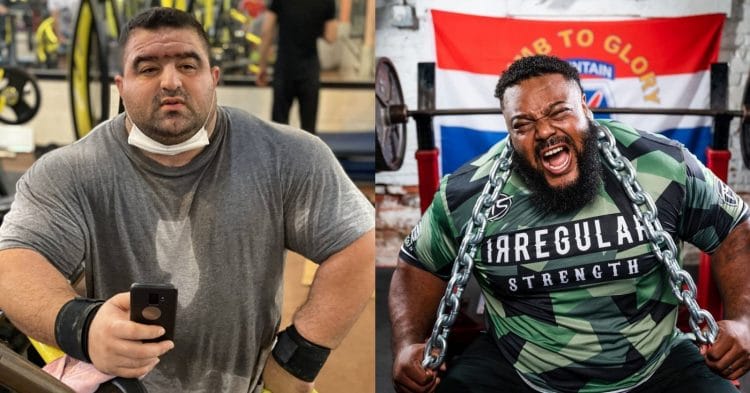 Last moth, Iranian powerlifter Danial Zamani promised that he would be gunning for the world record that Julius Maddox holds in the bench press. He just got a lot closer to that number, with a big bench hit in the training room.

When it comes to the bench press, Maddox is universally recognized as the best in the world, having held and extended the world record on multiple occasions. However in recent months, Zamani has established himself as a threat to this record, even getting to the point where Julius has spoken out about Danial’s chances.

Now the Iranian Hulk is back at it again, pulling off another incredible personal record in the gym and posting it to Instagram. This time around, he benched a staggering 766lb (347.5kg), which is 22lb heavier than what he did last month, and only 16.6lb shy of Julius’s world record.

As I promised the world and all strength fans I reached my target weight. This weight is dedicated to all my fans and my supporters. Thanks alot from all international pages that post my trainings and motivate me to push more.

It’s not over yet wait for storming start in close future 🔥🔥🔥” Zamani wrote.

Not only was this an impressive lift in itself from Danial, but the amount of growth and improvement he has shown in just a few week’s time is staggering. He plans on trying to reach 771lb (350kg) before the end of the month, and at this rate that certainly seems plausible.

On top of that, it has gotten to the point where it is undeniable that Danial Zamani will be contending for the bench press world record sooner rather than later. In fact, he now has Julius Maddox on guard, checking out the potential competition.

In the comments of Danial’s video, Julius can be seen leaving his thoughts on the lift. While brief, his comment was nothing but class as you could feel the excitement radiating off of him, practically smiling through the screen with the prospect of a bench press battle being on his hands.

It is nice to see that even though Danial Zamani and Julius Maddox are after the same thing, they can still show respect for one another. That being said, the competitive spirit is still there, and it will be interesting to see who can break the bench press world record first.

Sets vs. Reps: Everything You Need to Know