Julius Maddox discusses Danial Zamani's chances of taking the bench press world record from him, and why this makes him excited 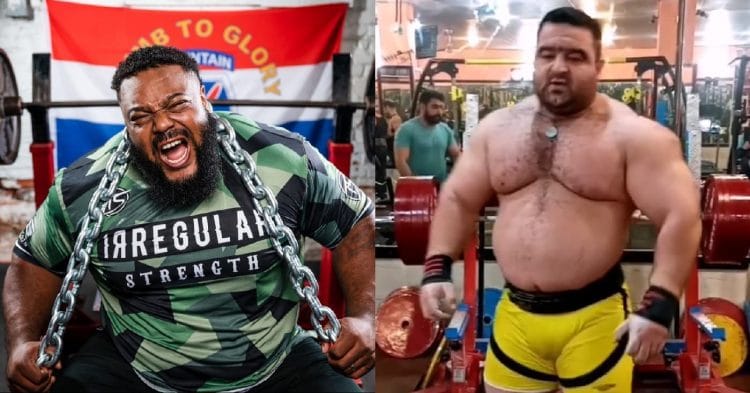 When discussing the best bench pressers in the world, there is no question that Julius Maddox is that guy. However he says that Danial Zamani is hot on his tail, and has the potential to take the world record from him.

Over the last coupe of years, Maddox has firmly planted himself as the premier talent with the raw bench press. Of course, that is likely to come with holding the world record, and extending it multiple times since 2019.

Another person who has been staking their claim as an elite bencher, is Iranian powerlifter Danial Zamani. Initially competing in equipped meets, where he has benched over 800lb, he has been looking unstoppable since making the transition to the world of raw powerlifting.

It is blatantly obvious that Zamani is a huge threat to Julius Maddox and his bench press world record. This was something he discussed while doing a Q&A on his YouTube channel recently.

Here the Kentucky native made it clear that if there was anyone who could give him a run for his money, it is Zamani. However he does not look at that as a bad thing, instead using it as motivation to improve on his own skills.

“This guy is a tank. If anyone at this point in time will give me a run for money, in the next year, it will be Danial,” Maddox said.

“A lot of people will throw that in my face and act like I’m scared, that my title is at stake. Guys, that’s the whole point of this sport, is to outdo one another. So why would I be mad if someone came along to outdo me?

“That’s not going to do anything but challenge me to work harder,” Maddox added. “When it comes to someone who’s literally breaking down the barriers, it’s Danial. But you got to understand, this gives me the opportunity to have a challenge.

“Whenever I compete, I’m always competing against myself. I’m never competing against anyone else, simply because there’s really no one in my league at the moment. Even Danial is so far off. He’s made exponential growth, but still there comes a point in time where you start to hit these walls.”

Julius Maddox goes on to express frustration in the way that fans do not understand the way athletes hit walls, where they struggle to progress, and says that this will eventually happen to Danial. He even brought up the example of him being stuck at 650lb for over a year.

At the end of the day, it is worth celebrating the fact that there is at least someone who can push him and give him motivation him to keep working, outside of just reaching specific goals. For now though, his sights are set on an 800lb bench, and it will be interesting to see him try it again in the next few months.