As he stops filming on DC's Black Adam movie, Dwayne Johnson confirms that this was the hardest role of his career, physically and mentally 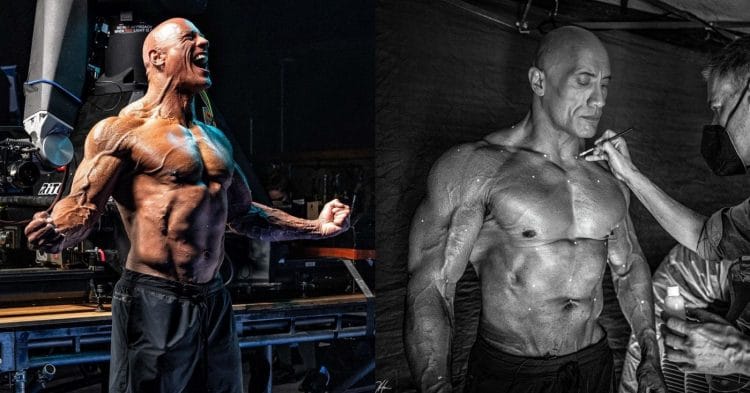 We have seen Dwayne Johnson take his physique to a new level throughout the course of filming for his titular role in DC’s Black Adam movie. With production having wrapped on the movie, he confirmed that just how challenging this process has been.

During his time spent filming his first on-screen appearance as a superhero, Johnson has gotten into what he has described as the best shape of his entire career. Through rigorous workout routines and a dedicated diet, he has gotten to the point where he feels like he looks better than ever for the big screen.

That said, The Rock has confirmed that this was not an easy journey for him, which is to be expected given the discipline he has had to show. Posting to Twitter, he discussed that the filming of Black Adam has wrapped, and reflected on the difficult path he has gone on to get to this point.

“That a wrap on BLACK ADAM
Incredible journey.
Hardest undertaking of my entire career physically & mentally,” Johnson wrote.
“Worth every second.
Boundless gratitude to my 1,000+ crew members, actors and director, Jaume Collet-Serra.
The hierarchy of power in DC Universe is changing. BA“

That a wrap on BLACK ADAM⚡️
Incredible journey.
Hardest undertaking of my entire career physically & mentally.
Worth every second.
Boundless gratitude to my 1,000+ crew members, actors and director, Jaume Collet-Serra.
The hierarchy of power in DC Universe is changing.
BA⚡️ https://t.co/adjLrimOYS

There is a lot to look forward to with Dwayne Johnson appearing as a hero for the first time. After all, this feels like a long time coming, and a proper role for the Hollywood megastar and former pro wrestler.

On top of that, he has promised that this movie is going to be delivering some groundbreaking visual effects that will be impressive to see. He has kept things with the movie rather coy, but with some posts to his Instagram, he has talked about these processes, and showed off his shredded physique.

“A real privilege and honor for me to bring the antihero, Black Adam to life with cutting edge technology — and partnering with my director Jaume Collet-Serra and our Director of Photography, Lawrence Sher and their hungry and brilliant team of filmmakers and storytellers.

Do not go gentle…”

With a release date set for July 29th, 2022, fans of Dwayne Johnson will no doubt want to be in the theaters to see him in Black Adam. He has worked hard to get into this incredible shape, and it will be exciting to see this hard work to come to bare.