Danial Zamani blows through a mind-melting 744lb raw bench press, with his sights firmly planted on the world record 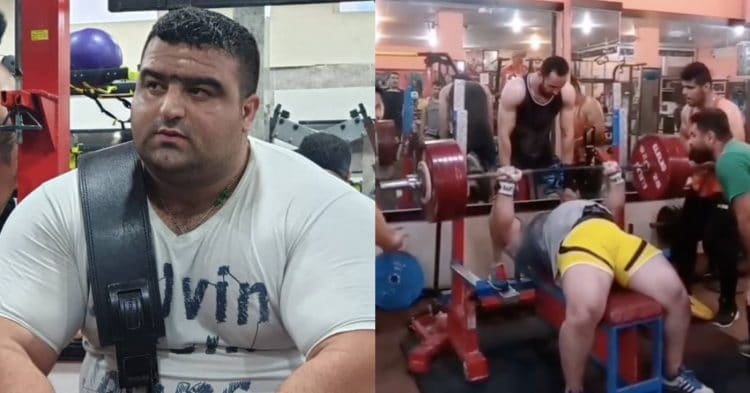 When thinking of the best bench presser on the planet, most tend to think of current world record holder Julius Maddox. However Danial Zamani is gunning for that throne, and took a big step in the right direction with a recent performance.

As much as Maddox has been on the road to an 800lb bench, Zamani has been hot on his tail. The last few months have seen some incredible outings from the Iranian powerlifter, as he ascends the ranks towards Julius’s world record of 355kg (782.6lb).

Danial took a massive step in the right direction recently, with a video that he posted to his Instagram. Here he can be seen benching a whopping 337.5kg (744lb) in training, saying that within a month he will hit a new high of 350kg (771lb), which was the world record until earlier this year.

“I had some fear and hesitated doing it today because there is still pain in my left pectoralis but I did it because I promised myself and the the world. Trusting in God and hard work , I will reach 350 kg in a month as my plan.”

Danial Zamani has a ton of respect from the powerlifting community, including from Julius Maddox himself, and it is not hard to understand why. He is truly one of the few people who have the potential to surpass the Kentucky native’s world record.

Over the last few months, he has shown the steady progression that you would expect to see from someone as talented as him. He has gone from a 325kg bench, to a 330kg bench, and now all the way up to 337.5kg, all in a short span of time.

Now, with the goal of 350kg in his sights, with intentions to attempt it in a month’s time, Danial Zamani is in prime position to remove all doubt of his place among the best in the world. If successful, he would be just the second man in history to bench press that much weight.

Of course, this is by no means a guaranteed success for the Iranian, but he certainly appears to be on track to reach this goal sooner or later. If it does end up happening in a few weeks, hopefully it takes place in an official competition, so as to be legitimately recognized.