Watch Daniel Bell lift over half a ton raw with wraps, coming just 5 pounds shy of his competition best. 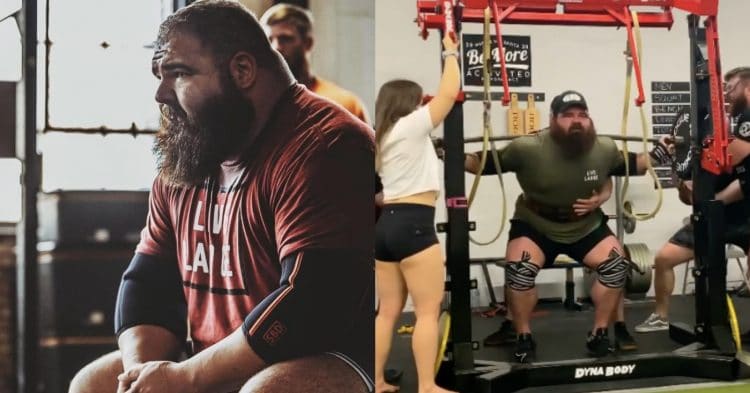 Powerlifter Daniel Bell is arguably one of the best powerlifters alive, and he is an athlete that proves that both on and off the competition floor.  Daniel Bell’s ridiculous strength is a sight to behold.

He recently performed a raw training session in wraps and squatted 480kg/1,058.2lb which is just 5lb short of his best competition lift which is 482.5kg/1,063.7lb from the 2019 World Raw Powerlifting Federation American (WRPFA) Barbell Club Open.

Daniel Bell performs in the 140kg weight class, which is just over 308 pounds. He has a long list of world records to back up the statement that he is one of the best in his division, if not the best.

His most recent lift we are watching here is a good sign for him. The world record wrapped total title is currently owned by Petr Petras of Czechia who received that title at the Global Powerlifting Committee World Championships in December 2020. Petras pulled a total of 1,160kg/2,557 pounds.

Daniel Bell had set the record at the same event the year prior.

These were his records:

The Petras record is only 39 pounds heavier than Bell’s. Daniel Bell has said that he will be competing in the WRPF Hybrid Showdown on February 21, 2021. It will be interesting to see who comes the closest to his all-time world total record. We will keep you posted.