CrossFit Open Master's Division athlete Jeff Giosi has passed away, leaving the community in a state of mourning 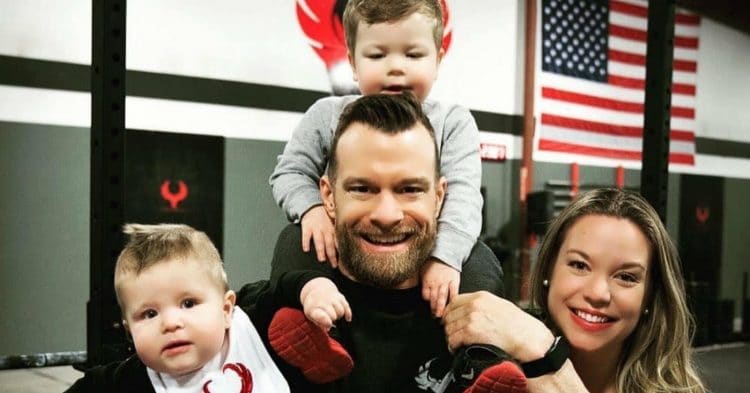 The sport of CrossFit has lost one of its own, as Master’s division competitor Jeff Giosi has passed away. In the wake of this tragedy, the community has banned together to mourn in this time of grief.

As the owner of CrossFit Morgantown, Giosi was deeply involved with the sport in every facet. It was here, in 2014 that he met his wife, Sarah, whom he would marry around a year later.

It was more than just owning the gym for Jeff too, as he also regularly competed in the CrossFit Open. He participated in the event every year since 2013, eventually winding up in the Master’s Division, where he placed as high as 55th.

Unfortunately, Jeff Giosi has passed away at the age of 40 years old. This news was broken before his wife posted to Facebook with a lengthy video to explain what had happened to him.

According to Sarah, doctors believe that he had a genetic aortic aneurysm, a condition that ran in his family, and ultimately led to his passing. However they will be performing an autopsy to ensure this is the case.

“We’ve always known this was a possibility. We always knew,” Sarah said.

“We were doing the proper screenings, and fitness played a huge role in helping him keep the right lifestyle, to be protecting his heart this long.

“There are certain recommend diets and exercises and that sort of thing, so he was covered there, but for those of you who don’t know much about aortic aneurysms, they just happen. And when they happen, they happen, and that’s it.”

Jeff Giosi had a pretty solid impact on CrossFit, not just as a box owner, but as am ambassador for the sport. The Long Island, NY native was the first person in the state of West Virginia to earn his Certified CrossFit Trainer Certification.

On top of that, he did work outside of the sport, serving as a firefighter and even training Olympic-level athletes. So naturally his passing hit the community hard, as many reached out with messages of love and support for Jeff.

FitnessVolt would like to offer our sincerest condolences to the friends and family of Jeff Giosi. If you would like to help them out, a GoFundMe has been started as a memorial fund in his honor.