World champion powerlifter Daniella Melo was happy to get back into the swing of things with a 400+ lb squat session recently. 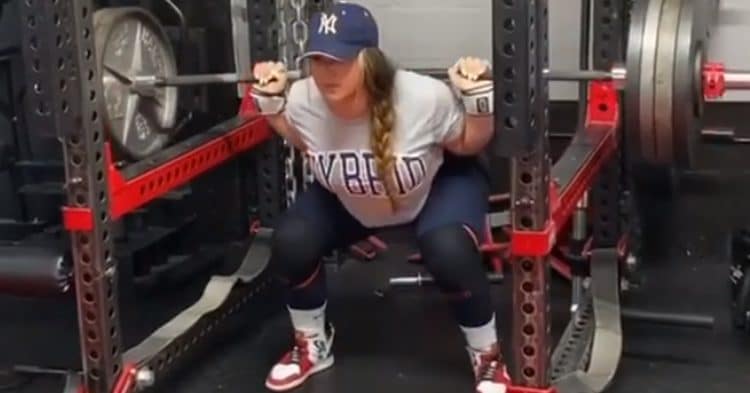 But being that she’s only 22 years old and already competing at such a high level, we can only expect her to get better and better each year. She recently took some time off but is back and reintroducing herself to big poundages which was the case in a recent session where did a 415lb squat for 3 followed by 365 x 5. We’re guessing her weight near 76kg/167 lbs since she’s making the move to compete in that weight category, but this is a lot of weight either way.

“415 lbs top triple followed by 365 lbs for 5s. Feels good to have this weight on my back again,” she wrote on Instagram.

Check out the clips from her session below…

Daniella Melo squats huge 415lbs for three followed by 365lbs for 5! #Repost from @daniellamelo • 415 lbs top triple followed by 365 lbs for 5s. Feels good to have this weight on my back again 🖤

Melo planning to compete in the 76kg weight category could definitely be a good move on her end and we’re sure she’ll absolutely kill it. We’ll also be sure to provide updates on upcoming powerlifting competition.