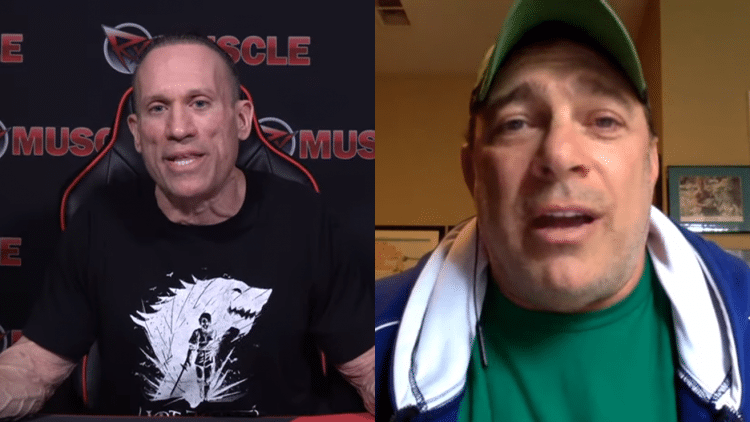 Dave Palumbo has recently had some beef with Bob Cicherillo. Now the two have come face to face, to address these issues, and figure out what’s what.

Palumbo spoke out in a rant about a week ago, expressing anger with Cicherillo. He was in communications to be on the Joe Rogan Experience podcast, when he was told of some nasty emails. Apparently, the producer of the show received correspondence from an individual claiming to be Bob Cicherillo. These messages were filled with disparaging comments, accusing Dave of many things, including being racist.

Following Dave’s firey response about these claims, he actually spoke to Bob. It would appear that these emails were not made by Cicherillo. Subsequently, Palumbo felt bad about having issued such an aggressive response. Therefore, he asked to do an interview with the man, to discuss these issues.

At the start of the video, uploaded to RXMuscle, Palumbo recaps the situation. Then, Bob starts things off, by saying the reaction from Dave was unprofessional. Moreover, he says that the situation happened months earlier, and demanded to know why Dave waited to say something.

The answer to this question, was that the situation occurred around the Olympia. Although he was angry, Palumbo did not want to cast more of a shadow over the already struggling event. As a result, he waited until after the event to post the response, instead of dragging the Olympia MC through the mud.

Then it was Dave’s turn to ask questions.

Palumbo quickly directed the attention to Bob, asking point blank if he wrote the emails. Cicherillo denied having done so, saying that while the pair are not friends, they also are not enemies. In addition to that, he says he was not even aware that Dave wanted to get on JRE in the first place.

At this point, Palumbo explains that he believes Bob would own up to having sent the emails. Additionally, this is what makes Dave believe that Bob did not write the letters. This is what Cicherillo had to say, to make his case.

“Anybody that knows me, and you have for many years, knows I’m not shy when it comes to putting my opinion out there of who I like, who I don’t like, or if I’ve got something to say. I would absolutely own it, 100%. But what I don’t do, is I don’t own things that I don’t have anything to do with. Nor would I have ever done that. Like I said, just because we don’t break bread, doesn’t mean we’re enemies, or I would get in your way. Why would I care if you got an opportunity to get on Joe Rogan’s podcast, as representing yourself or whatever?

Bob follows this up, by explaining that he would never call Dave Palumbo a racist. There were also phrases in the emails that he does not use. He was also very dismissive of the claims Dave made that he is jealous of losing to him back in the day.

Palumbo wanted to know more than that, though.

Part of the claim that Dave Palumbo made about Bob Cicherillo, was involving an incident from when they were younger. Allegedly, the pair were both interested in the same girl, who chose Dave instead. As he tells it, Dave then dealt with Bob talking about him behind his back to her. However, Cicherillo denied even knowing who he was talking about.

Palumbo also questioned Bob’s tendency to badmouth him behind his back. Also, there were some other issues from the past, which were brought up as well. They got heated over disagreements on how things had unfolded in the past. It resulted in the two yelling at each other over the various issues they have with each other.

You can watch the entire heated one on one between Dave Palumbo and Bob Cicherillo below. It is clear that these two will never see eye to eye with each other. At least they were able to come to an agreement about these rude emails.