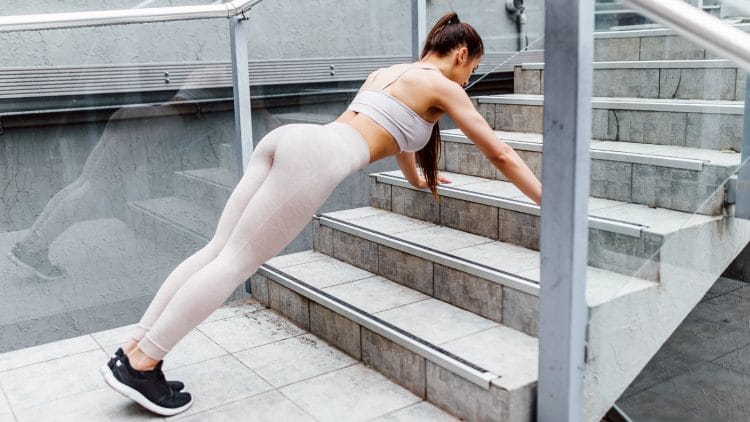 Walk in to any gym and you are likely to find that the bench press stations are all taken. Same thing with the incline and decline stations. That can be pretty frustrating when you’re in the middle of a chest workout. The last thing you want is to have to be waiting around, losing your pump and workout intensity. Fortunately, you do have alternatives, especially when it comes to the decline version of the bench press.

When you walk into the gym, you should always have a back up plan in case your key exercises are not available. That is especially important if you are training during the traditional busy times before and after working hours. In this article, I’ll provide you with 6 alternatives to the decline bench press so you never have to stand around when the decline bench press stations are all being occupied.

If you turn up at the gym and the decline bench press stations are all taken, here’s the order of how you should choose your alternatives, ranked by how beneficial they are:

When you do the decline press with dumbbells, rather than a barbell, in your hands, you are able to bring your hands both up and together. That makes a big difference – it means that you are now able to move the pectorals through their entire range of motion.

You don’t have to actually be on a decline bench to achieve the ideal slightly downward angle of movement. When you use a double cable machine you are able to sit in an upright position to get the same result.

Here is an effective decline bench press exercise that you can do at the gym or at home that doesn’t require anything but a bench. By angling your body at about thirty degrees to the floor with the aid of the bench, you are able to work the chest at a similar angle to the decline bench.

One of the drawbacks of push ups is that you cannot go as heavy with them as you are limited by your body weight. One way to overcome this limitation is by doing ladder push ups. This is an intensity enhancing technique that goes as follows  . . .

The Dumbbell Floor Svend Press involves doing a dumbbell press on the floor. However, instead of bringing the arms out from a dumbbells touching position at arms length to the sides of the body, you keep the dumbbell ends pressed into each other as you lower your arms down to your chest and then press them back up.

Focus on squeezing the dumbbells together on the way down and push the weights away from your body on the way up. This exercise is significantly harder than the standard dumbbell press so you will have to drop the weight a little.

The decline floor press allows you to get the same upper body angle you get on the decline bench when that bench is taken.

You do not want to go overly heavy with this exercise, as doing so may put excessive pressure on your spine.

Related: Floor Press Vs. Bench Press – Which One Should You Do?

The decline dumbbell flye will allow you to maximally expand and contract the pectoral muscles?

Can You Really Isolate the Upper and Lower Pecs?

Many people do the decline bench press because they think they are isolating their lower chest and doing the same with the upper chest by performing the incline press.

To find out why, we need to delve into the anatomy of the pectorals.

The fan shaped pectoral muscle has its origin on the clavicles, sternum and ribs and its insertion on the humerus, or upper arm. Because the fibers of the pecs are angled slightly upward in the upper half and slightly downward in the lower half, the idea originated that you can work the upper and lower portions of the pecs separately. When it came to working the upper pecs, people really ran with the idea. As a result, the incline press is regarded as a staple among bodybuilders to this very day. Fewer guys focus on doing the decline press but it is still a common gym exercise.

Both of these exercises pre-suppose that it is possible to work the different parts of the chest separately. But can you really?

To find out, think about what happens when you raise your arms directly out to the sides so that they are in line with your shoulders. What percentage of your pectoral muscles are now above the line created by your arms. The answer, of course, is that 0 percent of your pecs are below that line – they are all below it. You do not have any pec fibers above the line of your arm.

Now think about what happens when you put a rope around a box and pull that box towards yourself. The only direction you can pull that box is toward you. The person holding the rope is a muscle fiber origin, and the box is your arm. The rope represents the muscle fiber. So the muscle origin is pulling the fiber toward itself.

What this shows is that all muscles pull toward their origin, whether we are talking about the pecs, the biceps or the quadriceps. The top most, or upper pectoral fibers are those that attach to the sternum. These are called the sternal fibers. There are also some clavicular fibers that tie into the clavicle. The clavicular fibers are parallel to the upper arms when the arms are stretched out to the sides.

If the incline bench press actually worked the pectoral fibers, you would have to have pec fibers on your chin or your nose. That is the only way that the muscle fibers would be able to pull toward their origin. Of course, you do not have pectoral fibers on your nose or chin. In fact, as we have already seen, there are no pec fibers above the arm line. So, when you move above  the arm line, it is simply impossible to be working your pectoral muscles.

When you push your arms straight out in front of the body, you are already activating all of your upper pectoral fibers, along with the rest of the fibers. So, when you do a flat dumbbell press, you are already moving your arms toward the highest part of the pectorals. If you were to move to an incline dumbbell press or an incline barbell press, you would not be working the upper chest any more. In fact, you would be working it far less efficiently as the bulk of the work would be done by the front delts, rather than the chest.

Just as it is not possible to work the upper chest individually with an incline press, neither can you isolate the lower pecs with a decline press. When you do chest exercises, all of the pec fibers are activated together – it is an all inclusive deal. When you move the arm you activate all of those muscle fibers. You cannot isolate certain parts of them. The decline press works the entire chest, not just the lower part of it.

That doesn’t mean, though, that the decline press is not an effective exercise. In fact, it is one of the best chest exercises you can do. That is because, so long as the bench is angled correctly, it will activate the chest fibers better than any other exercise and is safer on the shoulders too. If you set the angle of the bench to 30 degrees, all of the fibers – clavicular, sternal and costal – will contract when the arm moves up and slightly in toward the middle of the sternum.

In this article, I have presented you with 5 alternatives to the decline barbell bench press. I have also shown you why certain variations, such as the decline dumbbell and seated decline cable press, are actually better chest exercises than the barbell version. With this knowledge, you will no longer be frustrated when the gym is packed and no decline bench stations are available!

How Many Push-Ups Should I Be Able to Do? The Ultimate Guide

Push-ups are one of the first exercises you learn to perform. Whether you grew up in a fit household, were...

The dumbbell fly is one of the most popular pectoral exercises. Most beginner programs will pair it with the bench...