212 Division challenger Derek Lunsford says that he is considering a move to the Open Division eventually, but is currently focused on winning the 212 Olympia with Hany Rambod as his new head coach 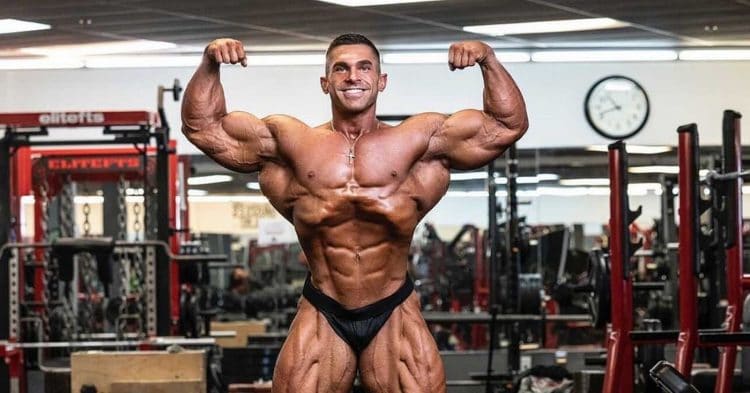 For years, Derek Lunsford has ben considered a future 212 Olympia champion. However he is down with moving to the Open Division soon, after giving a final run at 212 with his new coach, Hany Rambod.

To many, Lunsford was looked at as the future of the 212 Division. After coming second to Flex Lewis for many years, it seemed like he had the opportunity to take over as the division’s champion when Flex left 212 behind.

However he would once again come in second place to Kamal Elgargni in 2019, before dropping to fourth place last year. It was at this point, that Derek knew he needed to make a change.

Recently, Derek Lunsford announced that he would be working with legendary bodybuilding coach Hany Rambod. Hany has worked alongside the likes of Phil Heath, and Hadi Choopan to name a few, and is an established coach in the sport.

The way Derek explained in a recent interview, he and Hany first met at the 2016 Arnold Classic, where Derek was still inexperienced, but he still jokingly asked Hany to make him Mr. Olympia. Then, they crossed paths again, backstage at the 2020 Olympia.

“The next time I talked to him was backstage this year, at the Olympia, and that was the first thing I went up to him and said,” Lunsford said.

“I said ‘You may or may not remember this, but in 2016 I came up to you at the Evogen booth and we had a little laugh, and I knew we were going to talk again one day, so here we are.’

“I just thought that was a pretty cool story, because for me… I just wanted that little bit of a laugh so they would make me work a little bit harder to get where I am today, working with him as an athlete.”

From there, Lunsford explained that, while he was loyal and respectful of his previous coaches, he still felt like he needed to hit another level. So when he went backstage to congratulate Big Ramy at the Olympia, he was reintroduced to Hany.

So he went and spoke with Rambod, and they started getting to know each other. After Hany sent him some Evogen samples to try for a few weeks, they got a feel for one another and started working together.

Now Derek Lunsford and Hany Rambod are gearing up to have a solid run at the 212 Olympia. However Derek is not ruling out the idea of a move to the Open Division in the future.

He explained that he has gotten as high as 240lb shortly after the Olympia, so it is worth giving the Open Division a try at some point. However first he wants to give one solid, focused push to win the 212 Olympia under this new guidance.

“Don’t get me wrong man, I absolutely would love to be an Open competitor. I just believe right now, my time is in 212,” Lunsford said.

“After the Olympia, I went to the drawing board and I thought ‘Okay, I’m probably going to jump into an Open show this year.’ That was my thought.

“But after discussing it with Hany, and I even brought it back home and talked to my fiancé about it… We all discussed it and we’re going to give the 212, this year, a run for its money.

“I think having another opportunity, with a new coach, with Hany, I think we’re going to nail it. I’m really excited about it. After this year, we can decided whether we want to stay or we want to go. Eventually at some point in my career, I want to step on an Open stage and just go for it.”

Considering how massive Derek Lunsford can get in the offseason, it would be interesting to see how he looks in the Open division. Of course, it makes sense for him to give it one more shot at the 212 Olympia, especially now that he is working with Hany Rambod.