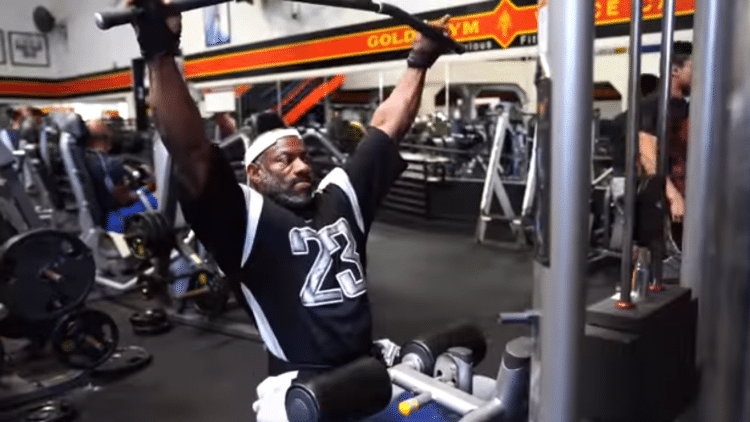 Dexter Jackson scored fourth place at the 2019 Mr. Olympia. Following the event, he gave the world a bit of a look into his training leading into it.

Dexter Jackson has a ton of experience on the Mr. Olympia stage. He won the competition in 2008, which was his biggest career win. However he has competed at the Olympia almost every year since 1999. Few people have more experience on the biggest stage in bodybuilding.

That is why, when Jackson decided to compete again at the 2019 Mr. Olympia, people were intrigued. With the loss of Shawn Rhoden from the competition, there was room for a new champion to be crowned. As a result, some were wondering if Jackson’s experience would allow him to win the title, more than ten years after his previous win. However in the end, Jackson would have a tough start to the competition, which would leave him in the fourth place position.

Nevertheless, when the event was over, Dexter Jackson wanted to give fans a look into his preparation. In a video uploaded to his YouTube, he showed what his final days of working out looked like. In particular, he showed his final back workout, just a few days before the competition.

In the video, Jackson is making the rounds, hitting various weights. Clearly he was putting in some heavy lifting to prepare himself for the massive opportunity ahead of him. Despite the fourth place showing, there is no doubt that he was putting in all the work, and trying to bring the best package possible to the stage.

As he says at the beginning of the video, Dexter Jackson will be taking some time off, after the 2019 Mr. Olympia. He jokingly says that the rest period keeps him young. Nevertheless, he has more than deserved that break, as he put in a ton of hard work this year.