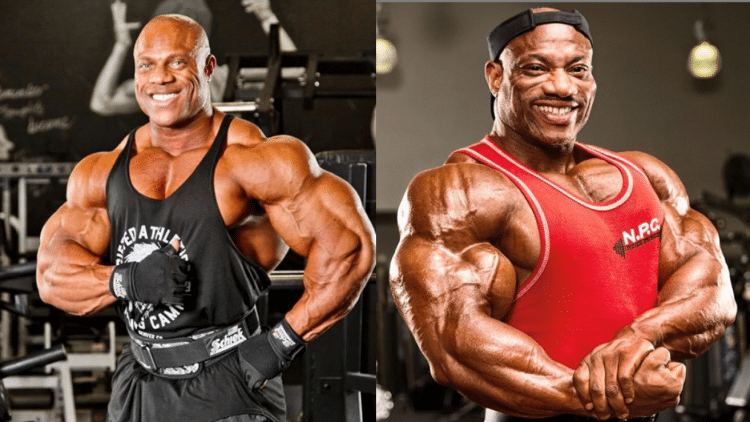 Phil Heath and Dexter Jackson may be fierce competitors when they are on stage. However, off stage, they have a ton of respect for each other, as friends.

Heath and Jackson have shared the stage with each other for many years. Both men are winners of the Mr. Olympia competition, with Jackson winning in 2008, and Heath holding a reign from 2011-2017. While Phil did not compete at this year’s event, Jackson did, earning a solid fourth place.

However, just because these two are competitive, does not mean they can not be friends. Friendships among bodybuilders is a fairly common thing, with some developing lifelong relationships. In the case of Phil Heath and Dexter Jackson, these same rules apply.

Moreover, it is not just Heath and Jackson that have a relationship. In an Instagram post from Phil Heath alongside his wife, you can see that the two of them shared an evening with Jackson and his wife, Gale Elie. It is unclear from the post exactly what they did on this evening, but what is clear is how good of a time they had together.

What a great night with @mrolympia08 and @floridafit1 as @shuriecremona and I couldn’t stop laughing at all of the fun we were having. There’s obviously a ton of bodybuilding history between us and although we battled on numerous stages, we are now in a place where we both can have a meal, reflect on those times and truly appreciate each other’s legacy which in my opinion is extremely valuable. Safe travels you two and oh Dexter, we owe each other a badass workout someday in 2020 ok!!! Oh and to Gale, thank you for your support of not only Shurie and I but also for who you are to Dexter and your family as it does take someone with strong character to uphold, uplift and love men like us. Much Luv!!!! #PhilHeath #DexterJackson #MrOs #YesWeWoreTheSameShirt #YesHesSwole #TheBladeAndTheGift

Dexter Jackson shared a picture of his own, where you can see how huge Heath has gotten his arms to be.

It really seems that Heath, Jackson, and their wives had a great time. Shurie refers to all the laughter they shared and knowing both men, that is no surprise. It really is incredibly heartwarming to see these two competitors share this friendship, despite the fact they compete against each other.

Phil Heath and Dexter Jackson are two of the most legendary figures in bodybuilding. It is not yet known when either man will be competing again. Nevertheless, it is safe to assume that when they hit the stage together again, they will put this friendship aside for the evening.