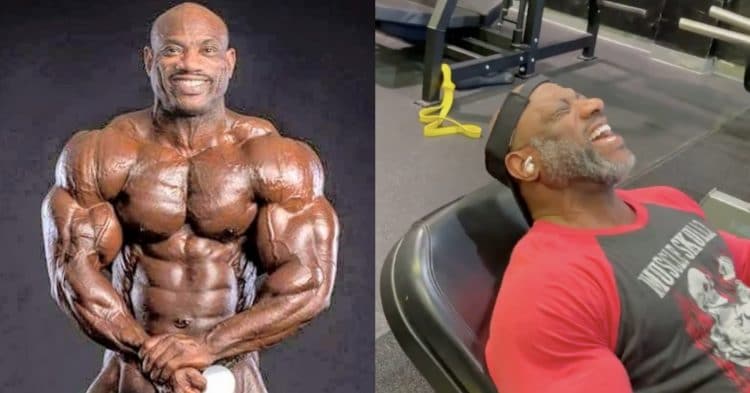 It has been a little over a month since we saw Dexter Jackson take the stage for what would be the last time. Now he is returning to the gym for a hardcore leg training session, for the first time since walking away from the sport.

Without a doubt, there is nobody in the sport of bodybuilding who has ever had the type of career that Jackson had. Not only does he have the record for most IFBB Pro wins, a feat likely never to be broken, but he has had insane levels of longevity.

This all came to a head at the 2020 Mr. Olympia, when The Blade took the stage for the final time. At 51 years of age, and competing in his 21st Olympia, Dexter walked away from the sport as the ninth best bodybuilder in the world.

Related: (WATCH) Dexter Jackson Gets Emotional While Discussing His Retirement At 2020 Mr. Olympia

Although Dexter Jackson is done competing, he is not completely giving up on the gym lifestyle. That being said, he did take some time to enjoy the life of a retired man, and had not returned to the gym.

That all changed recently, when Dex had his first leg training session in five weeks, uploading a video to his Instagram. This leg day was not as intense as they used to be, but he says he is looking to just stay in great shape.

“Boy i tell ya!!! This shit heavy AF after retiring and taking 5 weeks off!😂😂 Slowwwwwly working my way back up to a respectable weight.

I ain’t trying to lift the gym no more. Just lifting to stay in shape after 30 years of smashing weights. Now I see how easy it is to let yourself go. Lol!

Stay strong people and don’t let nothing hold you back from getting in shape and lookin good! “

Now technically this was not the first time Jackson had been back in the gym since retiring, but it was his first leg day. He had done a bit of a back session a few days earlier, which he also shared to his Instagram.

Again, this was not the full detailed session. However it was clear that he was happy to be back to pumping iron after taking a much needed break from the gym.

He made it clear that regardless of what happened at the 2020 Olympia, he would have retired. While his competitive days are behind him, he still has a love for fitness and hitting the gym.