Dwayne Johnson is now a rapper apparently, after doing a verse on Tech N9ne's new album 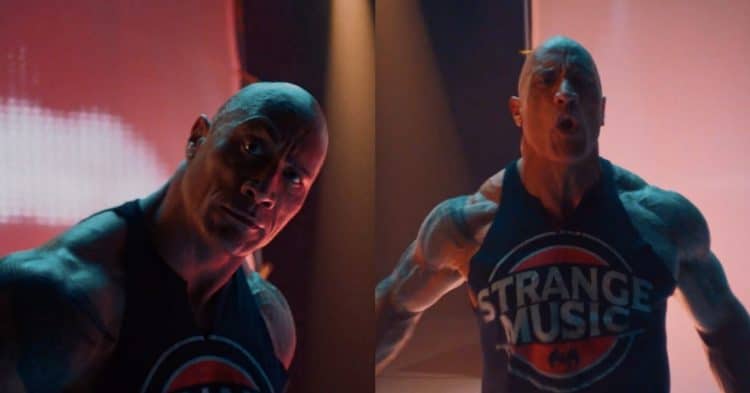 Dwayne Johnson has been known to dips his toes into a variety of things over the years. His most recent venture appears to be in the world of rap music after he was seen spitting some bars on a Tech N9ne album.

If you open the dictionary that you totally have, and look up the term Renaissance Man, you will most likely see a photo of Dwayne “The Rock” Johnson. Between his roots in football and pro wrestling, his passion for the world of fitness, his certified megastar status in Hollywood, and his tequila business, the man does it all.

However he has now been met with another interesting new way to make money, this time in the rap scene. He posted a video to his social media, where he declared himself a rapper, sharing a clip of him spitting some bars in a song called Face Off, for Tech N9ne’s new album “Asin9ne.”

The song features the likes of Joey Cool, King Iso, and of course Dwayne Johnson, rapping along with Tech N9ne. It marks the first time that the Rock has been seen dropping heat on the mic, even though it is not the first time he has shown off his musical talents.

During his time in the WWE, Dwayne was known to bust out a few guitar rifts from time to time, and he has appeared in other musicals. Of course, who can forget his role as Maui in Disney’s Moana, where he notably displayed his singing chops.

At the time of writing, the music video for this song has over 2 million views on YouTube, in just three days of being out, making it the number on trending music video on the platform. Looking through the comments, it is clear that a big portion of these views is a direct result of the fact that Dwayne Johnson is on the mic.

While his flow may not have been as polished as the rest of the full-time rappers on the song, but he actually does surprisingly good. It is clear that he is not just making stuff up either, as he drops bars about his life and his hard work and drive.

At the end of the video, Dwayne Johnson thanks Tech N9ne for the opportunity, as well as shouting out his tequila. Adding to the impressive nature, is the idea that he was able to apparently film his portion of the video in just a single take.

Dwayne Johnson has had an enviable physique ever since he was introduced to us through WWE. Most of us would...

When you have the confidence to show off quads in extremely high shorts and then it goes on to become...