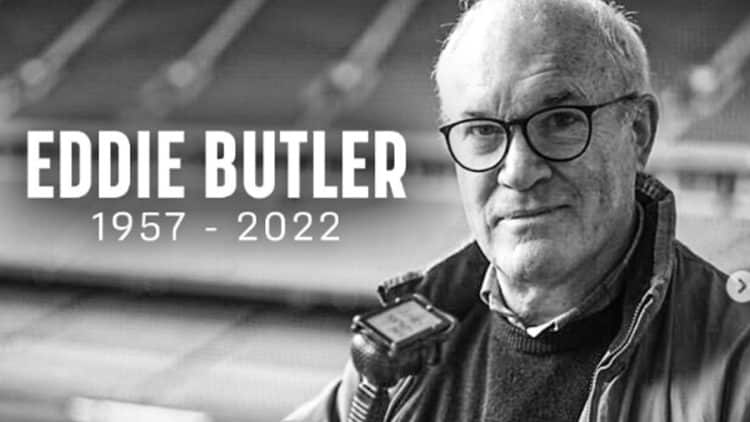 Mostly known for his incredible Strongman commentary and Rugby career, the Welshman, Eddie Butler, passed away at the age of 65-years-old. Multiple sources have confirmed his death and they also claim that he died peacefully in his sleep. Eddie was also on a charity trek on the Inca Trail in Peru at the time of his death. He leaves behind his wife Susan and six children, who will carry on his legacy.

Eddie Butler was also incredibly successful as a commentator, having voiced over many sports and even worked for BBC. We even had the honors of listening to Eddie’s commentary on Strongman competitions, which made the shows even more enjoyable.

Eddie Butler’s most notable Strongman commentary was his introductions into the World’s Strongest Man competitions across the years. Due to his perfect voice tonality, a creative mind, and a versatile vocabulary, Eddie was able to describe everything perfectly. His speeches made every competitor seem like a superhero, which helped draw attention to the sport and move it up to another level.

You can check out Eddie Butler’s timeless commentary on the 2017 World’s Strongest Man competition, which the official WSM Instagram page shared. The video is on the slides two, three, and four.

Many Strongmen have already expressed their heartfelt tributes, with the likes of Laurence “Big Loz” Shahlaei and Gavin Bilton commenting under the Instagram Post.

“Sad to hear this. His voice was incredible. RIP” wrote Big Loz.

“Spine tingling. The man will forever be a legend.” wrote Bilton.

Prior to starting his career as a commentator, Eddie Butler was one of the most successful Rugby players. He was a key part of Pontypool, who dominated Welsh Rugby in the 70s and 80s. Eddie’s incredible performances earned him a call-up to the national team, where he went on to play 16 games.

After retiring from Rugby, Eddie Butler decided to move on to teaching. He found that this was not what he wanted to do for his entire life and switched his career to property development. However, Eddie had sport running through his veins, so journalism and commentating was where he felt at home. Although many people probably did not realize who it was, the majority have enjoyed his broadcasts of Rugby, Strongman, Olympics, and more.

Related: Powerlifter, Strongman Hayden Lee Has Passed Away Due to Cancer At Age 26

With a deep, soothing voice and story-telling abilities of the highest level, Eddie Butler resembled Sir David Attenborough in some sense, but in the niche of sports. His carefully picked-out words always made Strongman shows feel like the most epic movie ever made, but also made viewers get more connected with the competitors. The chances are slim that we will ever witness someone like Eddie, but at least we had the pleasure of seeing him in his element.

Pattaya Police Chief Kunlachart Kunlachai confirmed that law enforcement responded to a call in the Pattaya Lagoon Village, located off...