The richest man in the world credits fasting as his secret weapon for combatting weight gain. 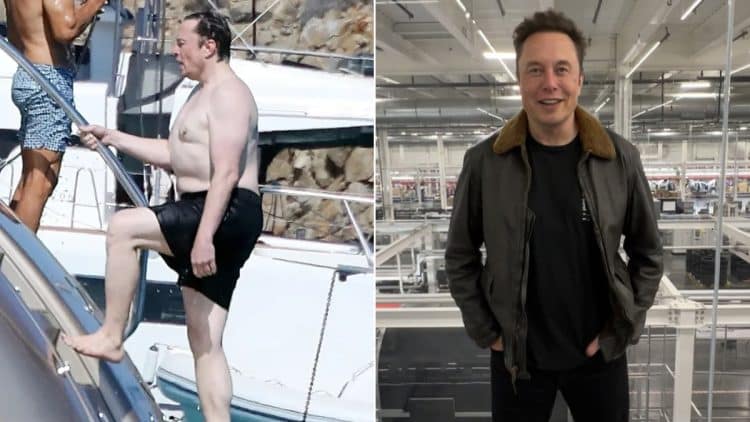 As a multi-billion-dollar business mogul, Elon Musk has a hand in overseeing countless ventures but has redirected his focus on what he called his ‘unhealthy peak weight.’ In a series of recent Twitter posts, Musk revealed that he’s lost 20 pounds after adopting fasting into his lifestyle.

Elon Musk, 51, leads an extremely busy life with a plethora of business ventures he tends to on a daily basis. From building all-electric Tesla vehicles, and launching rockets into space, to his proposed acquisition of the social media platform, Twitter, Musk has a massive influence on the world we live in.

A legal battle ensued following Musk backing out of the lucrative Twitter deal, which will reach finality in October when both parties are heard in court. However, lost in the shuffle, is Musk’s weight. He drew a lot of criticism after showing off his shirtless body on a yacht near the Greek island, Mykonos.

As a result of his doughy physique, social media ran its course, making memes out of the multi-billion-dollar man. Musk took all of the criticism in good fun, and told fans to ‘free the nip.’ Reflecting on his health, Musk decided it was time to lose some weight even though he doesn’t enjoy the process.

My day is now ruined after a shirtless Elon Musk just popped up on the timeline from some yacht in Mykonos so now you have to see it too pic.twitter.com/i0K6aOHBK5

Following the memes about his body, Elon used them as motivation to start working out. His father, Errol Musk, also criticized his son’s weight at one point. He added that Elon ‘was eating badly,’ and should try taking diet pills to address the weight concerns.

In a series of posts made to Twitter, Elon Musk revealed that he’s feeling healthier, and is 20 pounds lighter due to periodic fasting.

The Zero fasting app is quite good

According to Musk, he recently adopted periodic fasting, a diet that has gained popularity as many people claim that it has helped them lose weight.

Musk utilized periodic fasting to lose 20 pounds, which is described as restricting calories or fasting for a period ranging from 48 hours to a week, or even longer. This method isn’t practiced as much as intermittent fasting.

Other common fasting diets like intermittent fasting involve abstaining from food for variable periods of time. In many cases, people will fast for 16 hours and then use the other 8 hours of the day to eat. It should be noted that studies from The University of California, San Francisco, have suggested that the diet offers no advantages for weight loss.

After trying these methods following a tip from a ‘close friend,’ Musk is a believer in the diet’s efficacy.

“Over 20 lbs down from my (unhealthy) peak weight,” Elon Musk wrote.

Over 20 lbs down from my (unhealthy) peak weight

Related: Intermittent Fasting (IF) Calculator Helps You Cycling Between Eating and Fasting

Another contributing factor to his sudden weight loss was a fasting app called Zero Fasting. He described the app as ‘quite good.’ Musk also mentioned to a follower that he enjoys lifting ‘a little’ bit of weight. Given that Elon has dropped around 20 pounds, it appears his newfound techniques are having an impact on his overall health.

Musk isn’t the only multi-billion-dollar business mogul keen on getting in shape. Founder and Executive Chairman of Amazon, Jeff Bezos also made headlines earlier this year with a muscular physique at 57. With the growing popularity of fasting diets, weight loss has never been more popular in North America.

RELATED: What is The Best Fasting Schedule?

Despite his hectic schedule, Elon Musk is open to different strategies/methods that promote health and wellness. As a result of periodic fasting, Musk has lost 20 pounds and plans to continue working out to improve his physique and most importantly, his quality of life.

Intermittent fasting is gaining popularity with every passing day due to the immense benefits it promises. There are several kinds...

Intermittent fasting is the latest buzz in the nutrition and diet industry. It provides excellent results without requiring you to...