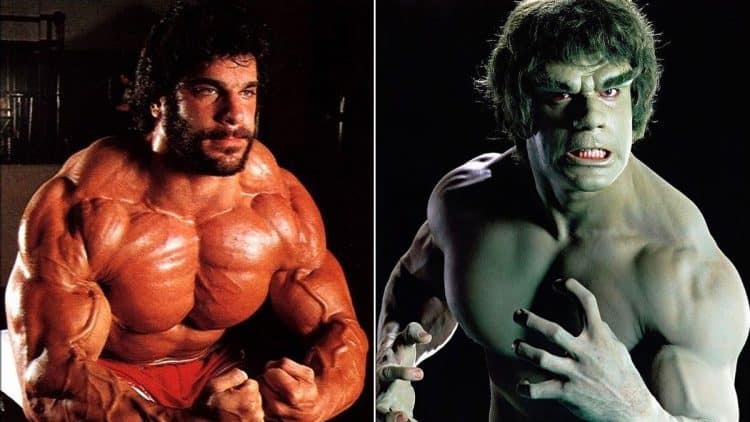 Lou Ferrigno led a highly successful career as a bodybuilder. In a recent post made on Instagram, Ferrigno looked back on his time playing the exciting role in the hit television series Incredible Hulk, which ran through the late 70s and early 80s.

Lou Ferrigno first gained popularity for his gigantic size and muscularity during the Golden Era of bodybuilding, when he trained with seven-time Mr. Olympia Arnold Schwarzenegger.

Ferrigno got awarded the title of Mr. Universe on two occasions throughout his tenure. At Ferrigno’s first-ever Mr. Olympia in 1974, he almost defeated Schwarzenegger to take home the grand prize, but the “Austrian Oak” managed to edge out Lou, who placed second. Ferrigno took to the Olympia stage again the next year but was unable to dethrone the dominant Schwarzenegger.

In 1977, Ferrigno achieved mainstream popularity with his starring role in the famous documentary Pumping Iron, alongside Schwarzenegger. The portrayal of his character in the film added to the movie’s success and also inspired Ferrigno to realize his passion for acting. Ferrigno’s humongous physique bagged him the lead role in the Marvel’s Hulk television series, which aired in the late 70s and early 80s. He recently got booked to play The Hermit too, which will see him play another scary creature in a horror space flick.

The 70-year-old is renowned for his longevity and has maintained a high level of fitness in his old age. He has revealed some of his secrets to being fit previously and encouraged his fans to train consistently every day.

In a recent post made on his Instagram, Ferrigno reflected on his time portraying the character of Hulk and being one of the only actors to play a superhero without the use of any costumes or CGI.

I had to work damn hard on my diet and exercise for the Hulk. Wasn’t going to let anyone down – especially myself.

The hulk was my hero as a kid as well”

Lou Ferrigno recently shared a tour of the late Jack LaLanne’s home gym while remembering him with his wife Elaine LaLanne. He was astonished at how far ahead of his time LaLanne was during the 1930s. Ferrigno gave his followers a look into some of the equipment LaLanne invented, that stays functional to this day, having been manufactured more than 90 years ago at that point.

While times have certainly changed, Ferrigno looks back on his days as the Incredible Hulk with pride. Even in retirement, Ferrigno has shown that longevity does exist in bodybuilding.