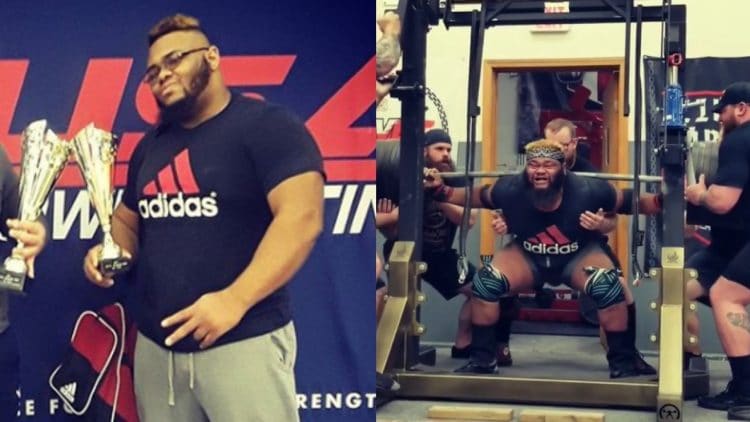 There has been a surgance of up and coming powerlifters who have looked quite impressive. Another example of this comes in the form of Erick Lewis, who was recently doing some incredible things in the gym.

Lewis is a 21 year old powerlifter who is simply full of promise. His last competition was in August of last year, at the Big Iron Gym’s Hussey Classic. Here, he accomplished an impressive feat by becoming the first Junior powerlifter to hit a total of 2,300lb. Not to mention, he is one of the few people to ever reach that total, Junior or not. It was quite the strong performance, which instantly put him on the map in terms of prospects to keep an eye on moving forward.

One of the things that stood out most with this performance from Lewis, is the rate at which he is improving. Before competing here, his best total was 2,210lb, which he hit in March. Therefore, that means that within less than five months, he managed to increase his total lift nearly 100lb. That is a seriously impressive rate of improvement.

Although Erick Lewis has not competed in six months, he is still getting increasingly stronger. This became most evident with a recent Instagram post from the young man. The clip shows him breezing through an insane 950lb squat, while wearing knee wraps.

What is so unbelievable about this lift, is the fact that when Lewis last competed, he squatted a mere 876lb, which is his competition best. This means that he has been able to pack on basically 75lb worth of weight in only six months. That is a machine-like rate of improvement, which goes to show just how promising this young athlete is. Moreover, he did this with such ease, that it seems like he could even push himself further.

It is unclear when Erick Lewis will be competing again. However whenever that happens, it will be very interesting to see how the rest of his game has gotten better.