212 Olympia bodybuilder Fahad Zaid Hazazzi of Saudi Arabia passed away recently and his death was sudden. 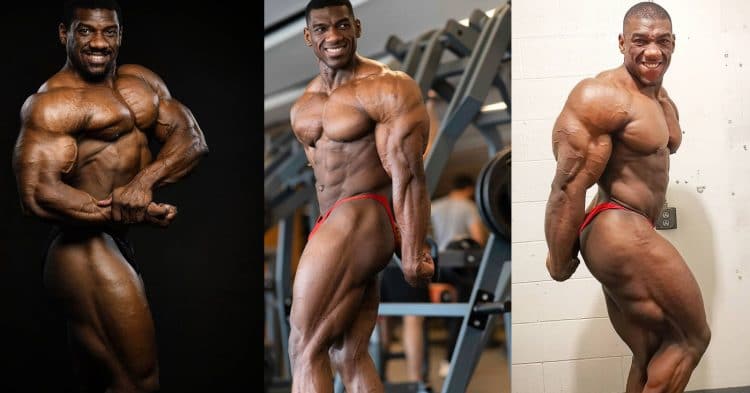 The cause of his death, while speculative, may have been due to SUDEP, or sudden unexpected death in epilepsy. He had a history of suffering from epileptic seizures.

Hazzazi was unconscious when his wife took him to the hospital and his nephew confirmed his death.

Many who knew Hazzazi wouldn’t have guessed anything was wrong as he appeared in good health shortly before he died.

Sarcev shared the following message to Instagram of which he was incredibly shocked to learn the news.

“I am in absolutely devastated and shocked with the news about the sudden death of my dear friend and athlete @fhf13 Fahd Al-Hazzazi. I was praying that news are not correct, as it happened already once few months ago…when he was implemented in the hospital due to Epileptic Seizures. His wife brought him to the hospital unconscious. I got numerous messages about an hour ago…but I didn’t want to believe it.

His nephew unfortunately confirmed 😔. Fahd was without a doubt one of the nicest guys I’ve met…Super passionate about bodybuilding and needless to say absolute physique phenomenon. He posted a segment from his training about 6 hours ago…and I heard from the guys that saw him training today.

Nobody noticed anything! Cause of death is unknown as of yet, but there is speculation of known “SUDEP” (Sudden Unexpected Death in Epilepsy). May he Rest In Piece 🙏🏻 and Good Bless his soul. ❤️ Condolences to his family, friends, fans, Countrymen and all the loved ones.”

Sarcev explained that his client was one of the nicest guys he’s met and very passionate about bodybuilding with a promising future. But sadly, his life was taken too soon.

To God’s mercy, our brother Fahad Al-Hazzazi. Oh God, forgive him and have mercy on him for the right of the blessed days, O Most Merciful. Oh God, honor it, bring it down, that you are the guardian of that, and the one who is able to do it, you honor. I ask you to pray

God’s survival…. He moved to the neighborhood of his dear brother Fahad Al-Hazzazi, we ask the Lord to forgive and have mercy on him and to make his grave a kindergarten from the gardens of Heaven and I belong to God and to Him we shall return

He won the 2019 Lebanon Pro which earned him a spot at the 2019 Olympia where he placed 14th, and this was the most recent contest he competed in.

We’d like to extend our deepest and most sincere condolences to the family and friends of Fahad Zaid Hazazzi.