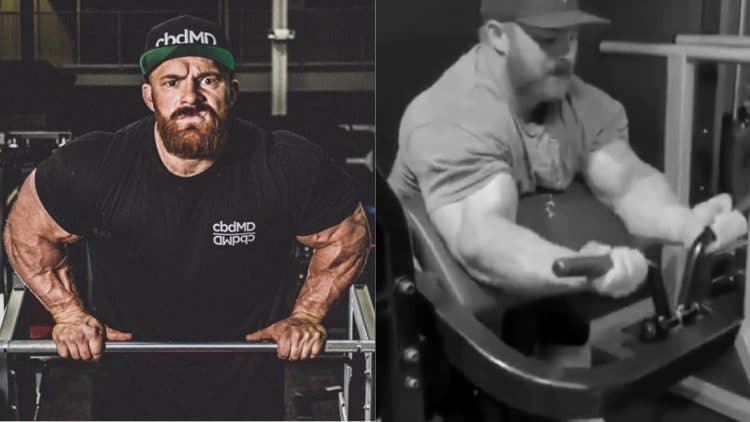 Flex Lewis is looking to make the move from his longtime home of the 212 Division, to the Open division. In preparation for this change, he is working hard in the gym, and looks jacked.

Lewis is one of the most accomplished bodybuilders of all time, in particular at 212. His seven straight wins at the Olympia has earned him the title of greatest 212 bodybuilder of all time in the eyes of many. Arguably, the only reason that he did not get that title an eighth time, is because he chose to take some time off, not competing in 2019.

Lewis revealed that the reason for this break, was because he was contemplating a move to Open. This came as a shock to many, due to the immense amount of success he has had competing in 212. Nevertheless, this change became evident when it was confirmed that he would not only be competing in the Open, but he was granted an invitation to the 2020 Mr. Olympia.

Obviously, if he wishes to be successful in this move to a new division, Flex Lewis needs to do some bulking up. Subsequently, he has been spending a ton of his time off working on this growth. Moreover, fans got a firsthand look at how much work he has been doing in the gym, with some recent training videos. The footage shows a noticeably larger Flex, hitting various weights, and doing some tough training.

Give these videos a look:

The first clip shows Lewis absolutely crushing some machine preacher curls. He then follows this up with some seated cable curls, and dumbbell curls. However, the one thing that is easy to pick up on in all three videos, is just how jacked he looks. It is clear that he is making the proper changes to his diet and training to perform well in the Open.

Flex Lewis is looking to make a statement when takes the stage for the first time as an Open competitor. With work like this, it seems like he will have no issues with that.