The 7x 212 Olympia champion is ready to take on the Open division and his coach Neil Hill reveals some details for their strategy in preparing for the competition. 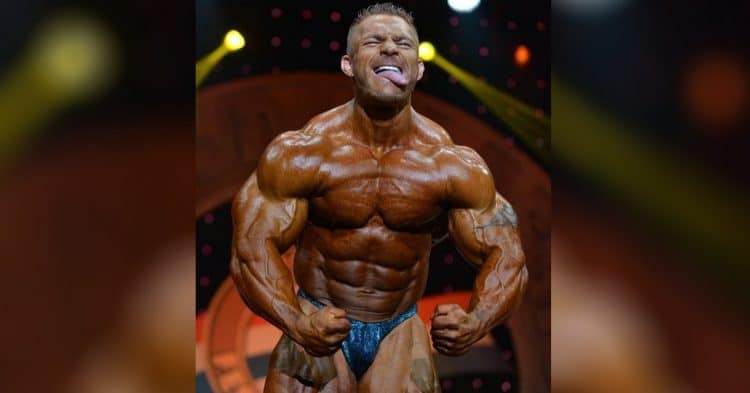 After dominating the 212 division for seven consecutive years (2012-2018) at the Olympia, Welsh bodybuilder Flex Lewis naturally decided that there was nowhere else to go but up. After his last win, Lewis knew he wanted to compete in the Open division in an effort to become one of the few Mr. Olympia champions in history.

Lewis accepted a special invitation to compete in the 2020 Mr. Olympia competition back in February and now, his coach Neil Hill has provided some details for their strategy leading up to the show.

We saw Hadi Choopan from Iran compete in the Open division at the 2019 Olympia although he was a 212 competitor previously. He placed third which was very impressive for his debut and so we can’t help but to think Lewis could fare very well making this switch over.

“So we have been keeping food pretty low over the past 8 week’s, allowing for Flex’s body to really rest up & his digestive system to be super cleansed before we start our Full proper off season in just 2 weeks from now *
*
Then at 14 weeks out from show day we start our Full Pre-Contest Prep where his body will become hyper responsive to start growing into the show, no more making weight limits, now it’s all about bringing some Extraordinary to the stage*
*
He’s already 12lbs up and leaner than past preps at this point. It’s been a Very positive time away from the stage for Team #y3t athlete @flex_lewis *
*
We are looking forward to bringing a New exciting look to Las Vegas & the 2020 @mrolympiallc contest *“

Apparently, Flex Lewis is showing some of his best progress ever and according to Hill, his time away from the stage has been a positive thing.

This year’s Olympia event will take place in mid-December at Planet Hollywood, in the Las Vegas strip. This change was due to both the current health crisis situation and new ownership. However, although the date has been set, there’s a possibility that things could change.

But for now, Flex Lewis is preparing to take on the other elite Mr. Olympia competitors while other athletes will be looking to qualify for the massive event.

12 Best Green Tea Brands On The Market Reviewed for 2023