7x 212 champion Flex Lewis shuts down the rumors that he is not competing at the 2021 Mr. Olympia because his coach will not be able to make it, revealing the true reasons for the decision 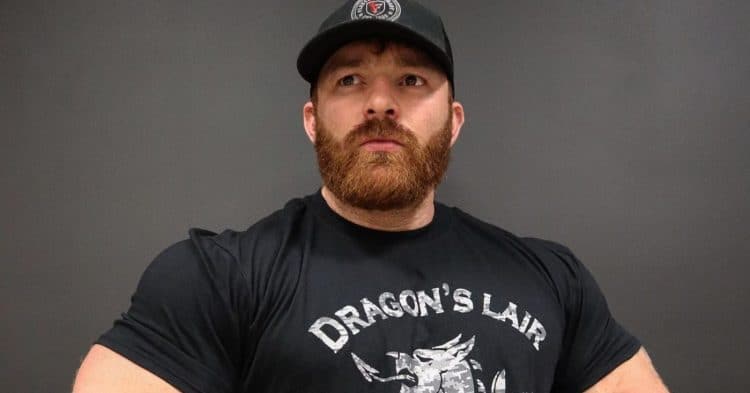 There were some rumors going around that 212 Olympia legend Flex Lewis was out of the 2021 Mr. Olympia because his coach, Neil Hill would be unable to attend. However he has completely shut down this idea, revealing the true reasons for the decision.

Lewis was expected to make his Men’s Open debut at the 2020 Olympia, but was forced out due to injury. After undergoing stem cell treatment, it seemed he was on track to make that happen this year, but in recent days reports have emerged that he was again out of the Olympia.

The main reason that was speculated was that he did not want to compete without his coach by his side, but in a recent video to his YouTube channel, he shut down these rumors and was not happy about them. There were a variety of reasons for his decision, but the main one was that he and his wife are working on expanding their family.

“All these small little things have factored in including, which I’ve heard is the main topic of conversation as to why I’m not competing this year and why I had to pull out of the Olympia this year, is my coach of 20 years, Neil Hill is not going to be there, which couldn’t be further from the truth,” Lewis said.

“I’ve competed three quarters of my life with Neil being in the UK and he’d come in two weeks before the show. So that rumor right there has to be f—king canceled, and it has nothing to do with why I’m not stepping on this year. The fact that people are thinking and attaching that to me, f—king pisses me off, and when I heard that I was very disappointed with who started that. It’s been addressed, but the bottom line is that is not the reason.

“The main reason, which I didn’t really want to get into, is myself and my wife are trying for another kid,” Lewis continued. “Bodybuilding’s always been part of my whole being, and as I’m getting older my family now has replaced what was first in line, which was bodybuilding. Now family is first, and that is everything that I do, and the reason why I provide.

“I wanted my family to grow, and my wife and myself have been working for the last couple of months on trying to add to that part of the family. Not that it’s anybody’s business, but now I feel the need to tell everybody because there’s false information that’s been put out there.”

Flex Lewis went on to explain that he did not want to compete when he was not fully committed to the event. He also made it clear that he is not retiring, and still plans on competing in the Men’s Open division at some point.

It is a bit unfortunate that he felt the need to open up about this personal issue, simply because of the rumors that are swirling. However he wants people to put some respect on his name, and not accuse of him of pulling out just because of a little adversity.