After rebounding from his leg amputation, Flex Wheeler gets awarded the Mr. Olympia Inspiration and Courage Award 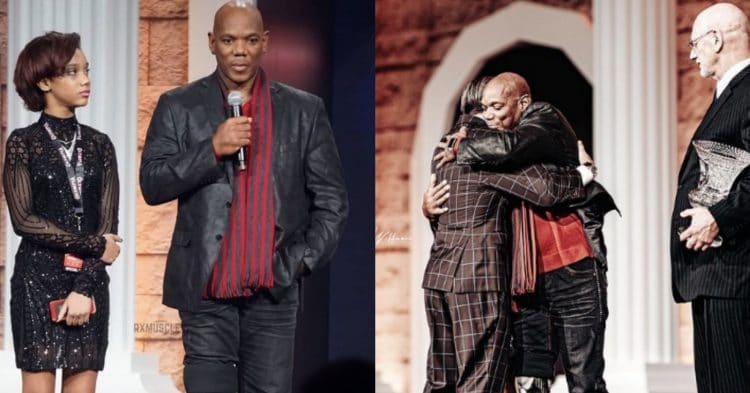 If you have been following the story of Flex Wheeler over the last several months, then you will know that his story is nothing short of incredible. That is why it felt well deserved when he won the Mr. Olympia Inspiration and Courage Award.

As a four-time champion of the Arnold Classic, Wheeler was donned the best bodybuilder that Arnold Schwarzenegger had seen at one point. His career on stage was one to behold, as he regularly earned his nickname of the “Sultan of Symmetry” for the better part of 20 years. Unfortunately he would go through a major life setback, as numerous health problems would lead to him getting a partial amputation on his right leg. This put him in a dark place mentally, but he was open about the struggles he was going through and slowly began to bounce back, returning to the gym and getting back to training.

Seeing Flex Wheeler overcome this major life struggle, has been majorly inspirational to everyone who has been watching. That is why the decision was made at the 2020 Mr. Olympia to give the bodybuilding legend the Mr. Olympia Inspiration and Courage Award. He was presented this honor after a touching speech from Bob Cicherillo. After being given the award, he gave a speech himself, to express gratitude for the recognition, and thank his fans for support.

“Everybody goes through problems in life, everybody’s had their challenges. My challenges are no different than anybody else,” Wheeler said. “But what I’ve really tried to learn through this whole process is accepting what I can’t change, and changing what I can’t accept, and just let that be that. This stage means everything to me, and it’s just an honor to be up here.

“Continue loving each other, continue accepting each other,” Wheeler said. “I just want to end on telling you guys that I believe in my race. I think my race is the greatest race. I think God put my race on this planet to rule over all, everything swimming, everything flying. And for those who are misunderstanding me, I mean my race, the human race. Thank you all.”

There is nobody better than Flex Wheeler to receive this type of award, simply because there are few who have embodied the idea of Inspiration and Courage quite like he has.

He was open about the dark times in his recovery process, but he was able to push through it all and persevere. So congratulations are in order for this bodybuilding legend.