Flex Wheeler Reveals That His Lungs And Kidney Function Has Declined 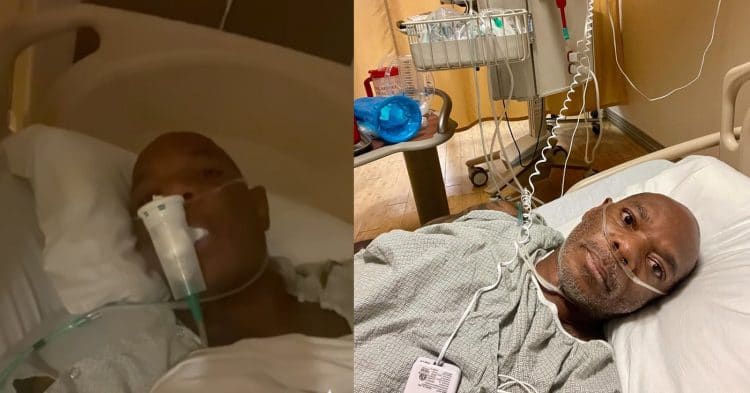 Bodybuilding legend Flex Wheeler’s battle with a severe Covid-19 infection continues. The 56-year-old is currently being treated in a Florida hospital and has kept everyone updated with his condition through social media.

A recent social media video posted on Flex Wheeler’s Instagram account shows the retired bodybuilder struggling with respiration. Wheeler detailed the nature of his battle in a lengthy caption. Although confident in coming out victorious, Wheeler admitted that he is in the middle of the biggest fight of his life.

While it is common for the lungs to be most affected in severe Covid-19 cases, reports have shown that the risk of Acute Kidney Injury is significantly higher in patients with pre-existing kidney diseases. Flex Wheeler has battled with hereditary kidney disease in the past and revealed that both organs are severely compromised at the moment. Elaborating further on how the infection has taken him out of his element, Flex Wheeler stated that he does not have enough energy to go about necessary daily activities.

“I’m still here putting up the fight of the Century. Seems like that’s becoming more and more of the norm for over the last two decades. Lungs are showing more Covid damage. Kidney has taken a beating and function is declining.”

“I ’m exhausted and barely have any energy to even get out of bed to even go to the toilet. Everything it’s such a major chore.”

Flex Wheeler’s condition can get fans around the world worried about his health. However, the unrelenting struggle has barely affected Wheeler’s mindset. The spirited warrior went on to promise that he will not give up on his recovery under any circumstances. Wheeler concluded the caption with an appeal to not feel sorry for him.

Wheeler has been through several health battles in the past and this will also end up being another hard-fought victory for the bodybuilding legend.

The news of Flex Wheeler’s Covid-19 infection came as a bit of a surprise. Since he retired from professional bodybuilding in 2003, Wheeler has attended early every Mr. Olympia event. However, his absence at the 2021 Mr. Olympia raised questions about his whereabouts. Answering those questions, Wheeler revealed that he had been hospitalized due to a Covid-19 infection.

A brief history of Flex Wheeler’s past health struggles

Flex Wheeler is no stranger to health battles as the bodybuilding legend has survived several life-threatening scenarios. Back in 1994, Wheeler met with a near-fatal car accident that threatened a premature ending to a young and promising bodybuilding career. The accident left Wheeler with possible life-long paralysis and depression stemming from it. However, Wheeler built himself ground up and went on to become one of the most successful bodybuilders of his era.

Doctors diagnosed Wheeler with focal segmental glomerulosclerosis, a hereditary kidney disease, in 1999. Flex Wheeler underwent a kidney transplant in 2003, the year of his retirement, to treat the condition. There is speculation that Flex Wheeler might have sustained injuries in martial arts practice that he focused on post-retirement from bodybuilding.

The accumulation of damage in the car accident, pre-existing kidney disease, and martial arts led to circulatory vascular system problems and Wheeler underwent the partial amputation of his right leg in 2019.

Flex Wheeler went on to have a magnificent bodybuilding career despite his health struggles and became known as one of the best bodybuilders of all time. Fitness Volt wishes a speedy recovery and good health to the ‘Sultan of Symmetry’.