Flex Wheeler reveals that he is absent from the 2021 Mr. Olympia due to a spat with COVID-19 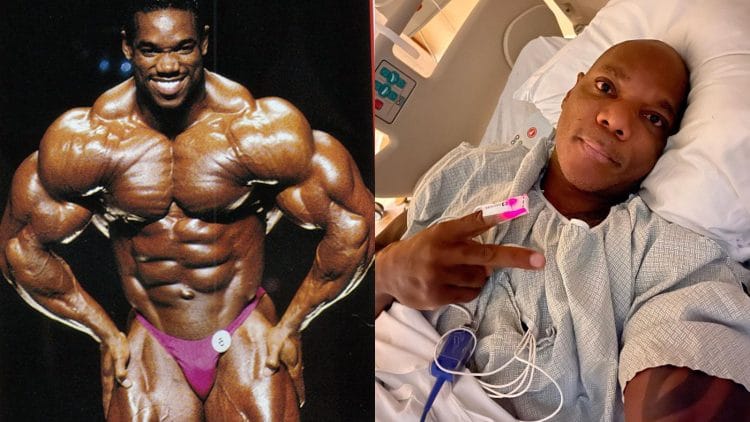 Bodybuilding legend Flex Wheeler is usually a mainstay at the Olympia, attending as a guest even when not competing anymore. However he revealed that he is absent from the 2021 Mr. Olympia because he is dealing with some COVID-19.

Wheeler retired from competition in 2003, save for a sole return in 2017, but has attended nearly each Olympia since then. Even last year, he was presented with an award for courage, recognizing his ability to persevere through the numerous health issues that he has dealing with, most notably having a partial leg amputation.

However he was noted to not be in attendance in the 2020 Olympia, leaving fans questioning what was going on. He answered these questions with a post to his Instagram where he explained that he is hospitalized after catching COVID-19, apologizing to fans and Olympia staff for not being able to attend the events in Orlando.

“I deeply apologize to Jake @jake_wood_mediaThe entire Olympia staff @mrolympiallc the competitors and all my fans for not being able to be there physically. But I am with you all in spirit,” Wheeler wrote.

“This covid virus is nothing to smirk 😩 at!

but it truly picked the wrong guy to try in victimize. I am steadfast and I will defeat this virus.

While Flex Wheeler does not explain what condition he is in while he is in the hospital, only saying that it was “nothing to smirk at,” he does appear to be in fairly decent shape, all things considered. While it is is true that most light cases of COVID-19 do not require hospitalization, he has enough preexisting health issues to warrant a cautious approach from him.

On the flip side, these additional health concerns do bring up concerns over what this bout with the virus could mean for his health. So there is nothing to do but wish Flex a speedy recover, and hope that there are no snags along his path of recovery.

A post shared by FLEX Wheeler's BACK WIDOW (@backwidow)

Flex Wheeler was expected to be at the 2021 Mr. Olympia, attending a booth where he would show off his workout equipment, the Back Widow. It was also expected that he would be a part of the broadcast in some capacity, potentially as a member of the commentary team at one point or another.

That said, Fitness Volt would like to wish him nothing but the best as he works to get past this most recent health challenge. Hopefully he will be out of the hospital soon, and have no long lasting side effects.