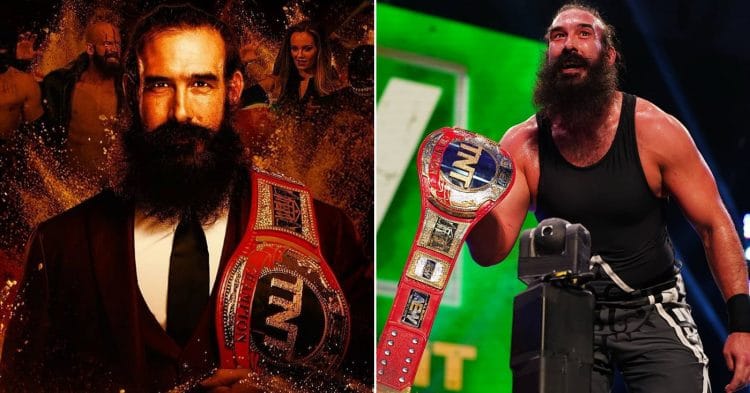 The professional wrestling community is mourning this weekend, after the passing of former pro Jon Huber at the age of 41. Jon’s wife posted on Instagram that Huber died after a “hard-fought battle with a non-Covid-related lung issue.”

Jon Huber was known as “Brodie Lee” in the All Elite Wrestling (AEW) world, and as Luke Harper in the WWE. His wife, Amanda Huber, wrote about the news of his passing in an Instagram post.

“My best friend died today. The world saw him as the amazing Brodie Lee, but he was my best friend, my husband, and the greatest father you would ever meet. No words can express the love I feel or how broken I am right now.

He passed surrounded by loved ones after a hard-fought battle with a non-Covid related lung issue. The Mayo Clinic is literally the best team of doctors and nurses in the world who surrounded me with constant love.”

Amanda continued expressing thanks and admiration for the AEW world who have helped keep her standing in recent times. She also thanked them for picking up all of the broken pieces.

Amanda said she wasn’t able to tag all of the folks she was thankful for, but said, “they know who they are.”

The wrestling community is responding with love and with memories of his talents and success in the ring. AEW issued a statement, calling Jon Huber “exceptionally respected and beloved in every way – a fierce and captivating talent, a thought mentor and simply a very kind soul that starkly contradicted his persona as Mr. Brodie Lee.” They also said,

“Jon’s popularity among his peers and influence on the wrestling world was worldwide and transcended AEW, so this loss will be felt by many for a long time. We were privileged at AEW to call Jon Huber a brother, a friend, and one of our own.”

“Known as both Luke Harper and Brodie Lee in the ring, Huber found success in every stop of his sports-entertainment career, as his soft-spoken yet imposing presence helped him create countless awe-inspiring moments in the ring.

After a highly decorated run on the independent circuit, Harper debuted in NXT as a menacing enforcer for The Wyatt Family. Harper had a dominant tag team run with Rowan that would lay the groundwork for future championship success. WWE extends its condolences to Huber’s family, friends, and fans.”

Fans of Huber and friends in the wrestling family posted love and thoughts to Amanda and her boys.

Brie Bella said, “I’m so so sorry!!!! He was an amazing man and father…always loved seeing little Brodie’s face watching his Dad wrestle. You and the family are in my thoughts and prayers.”

Lexi Kaufman wrote, “Love you. I can’t even imagine. I’m so sorry.” It was followed by a message from Matt Jackson, “You’re our family forever. We love you.”

Amanda’s post saw hundreds of messages and “likes” as a nod to the sad news. The wrestling community is definitely feeling a loss this holiday season.

15 Ways to Avoid Back Pain in The Gym

Pattaya Police Chief Kunlachart Kunlachai confirmed that law enforcement responded to a call in the Pattaya Lagoon Village, located off...